The NYT has a long story about the notable lack of prosecutions of top executives in reference to the recent financial crisis. Somewhat incredibly Obama's record is even worse than Bush's (whose administration did prosecute people with regard to accounting fraud at Enron and other companies) in this regard. There is little doubt the government could successfully prosecute some of the culpable executives if it wanted to as this story shows. The administration's reasoning here is a bit baffling to me.

From Heebie: Shearer gets it right. The whole thing makes me a bit furious.

I'm really torn up trying to hate on it, if only because trains are neat.

Tedra Osell's thinking may be what's wrong with America today

The original piece. When you read the first three words, remember that she taught rhetoric.

This paleo diet thing doesn't look so bad after all 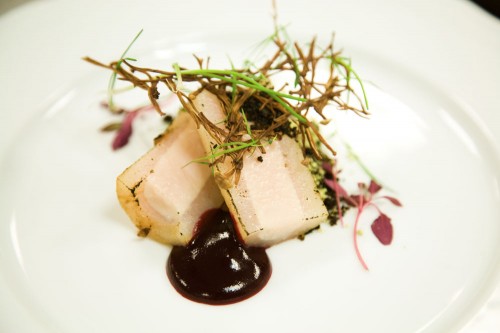 I don't even know anymore

This book actually exists. The more I think about it, the more reasonable a phenomenon it seems.

Then you too can be rich-poor!

Tips for beating the gender wage gap. Seems pretty accurate to me. Via Becks

The NYT has an article about automatic license plate scanners. It is consistent with other accounts that I have read, apparently these scanners can be a quite cost effective crime fighting tool. I expect the use of similar devices to increase in the future as the technology improves despite the privacy implications.

I guess this is good. I suspect the collective depression of the Mineshaft will cause a pretty lukewarm reception.

Things I suspect everyone saw years ago, except me:

This NY Times profile of a middle-school principal in the Bronx tells a compelling story: Passionately dedicated young man grows up in poor neighborhood, is educated at elite institutions, and returns to the neighborhood to lead a school.

Frustratingly, it's also a pitch-perfect example of a genre. Let's call it "hero-focused" school reform stories. It spotlights an extraordinary individual, who goes far beyond what his job description requires, to creatively solve problems and work around bureaucracy For the Sake of the Kids. Here's how the article starts:

At 10, GonzÃ¡lez was finally about to sit down at his computer, when he was interrupted. A young teacher came into his office in tears, unable to figure out what was going on with an eighth grader who had just transferred to 223 from a public school in Florida, was way behind in class and had been wandering around the school's hallways between periods, looking lost. GonzÃ¡lez knew almost nothing about the girl. Like many of his students, she turned up at 223 with no more than a utility bill to prove she lived in the neighborhood. He calmed the teacher and started trying to figure out what was happening. (When he finally reached an administrator at the girl's old school days later, he discovered that she had been classified with a severe learning disability.)

Next, GonzÃ¡lez was informed that the three free books that each of his school's students was entitled to -- under a nonprofit program to promote literacy in poor communities -- had never arrived. He needed to chase them down. (As it turned out, they wound up at the wrong school.) As he was doing so, he learned that a former teacher who had physically threatened him, members of his faculty and even some students, and whom GonzÃ¡lez had spent years trying to remove from the classroom, was challenging his termination.

There was also the matter of the eye tests. For five straight days, GonzÃ¡lez had been trying to get through to someone at an organization that does free vision tests at public schools and fits children with glasses on the spot. "I can guarantee you right now that at least 20 percent of our kids need glasses," he told me, after leaving yet another message on someone's voice mail to "please, please, please call me back."

I understand why newspaper writers are tempted to frame their stories this way. Humans are social animals, and we like to read stories about other people. This particular writer obviously did his research and does an admirable job of describing some of the macro-level forces affecting this principal's ability to run his school.

But in every important respect, this profile reads like any one of a thousand other urban-school-reform stories that has been written in the past half-century. (I'm thinking, for example, of journalist Peter Binzen's Whitetown USA, published in 1970.)

More importantly, it feeds into an implicit narrative that the solution for poor urban schools is a heroic leader. My response to that is partially summed up in this comment left on the NYT website by a person named "JJ":


I am so sick of hearing about "young teachers' being better than older ones. I work in consulting, and anyone who works in consulting knows there are two types of projects: heroic and methodology based. Almost any project can be successfully run you throw enough highly energized expensive resources at it. But, this approach does not scale to hundreds of projects or thousands of projects. To scale, you need successful, repeatable methodologies, which experienced people adjust a little bit based on individual project circumstances.

The real trick is not get lots more 3rd year Teach for America teachers. It is to have a system that allows for the fifth year and twenty-fifth year teacher be successful without having to be a hero. I'm not saying they don't have to be of high caliber and perform every year. I'm just saying the system matters.

This is just as true of principals as it is of teachers. And not only does the heroic model not scale, it's brutally hard on human beings. It's exhausting for a principal to have to be cheerleader, doctor, social worker, psychologist, security officer, fundraiser, politician, leader, negotiator, real estate maven, role model, and community member. The article says this man has three young children -- how can he possibly have time or energy to be the parent anyone would want to be, given the demands on him?

I understand why articles like this keep getting written. But I wish I understood the incentives we could use to make them stop.

(From Heebie under the jump)

From Heebie: It reminds me a little bit of the problem of charity: it relies on tugging at our heartstrings. Last night I went grocery shopping to fill up the backpack (literally, a backpack) for some local kid to haul home to his family. It was very depressing to try to organize a grocery list around not being too heavy or perishable. (I got them spaghetti and sauce, some canned veggies, some trail mix type treats, some dried cranberry individual packs, pancake mix, and a box of cheese on crackers.) Charity via heartstrings is the opposite of smart, central, efficient planning.

There exists a socialist catechism. Actually, google reveals that there exist multiple socialist catechisms. It would be moderately interesting, don't you think, to have a study of the catechism as a form and the ways in and purposes for which it has been employed.

Today, I yanked off our garbage disposal, which was all clogged and, uh, not-worky, thanks to something (miraculously, no one in the house seems to know exactly what) that shouldn't have gone down there. In about an hour, I had the contraption clear and reïnstalled, and we once again live in a house with the luxury of a functional kitchen sink.

Which story I share not only to brag about my incredibly underwhelming plumbing chops, but also because I was the only housemate who didn't want to just call a plumber to deal with it, which would have been vastly more expensive.

A lot of basic home- and car-maintenance issues are really rather straightforward if you're willing to dive in and get your hands dirty. And it's surprising how many people just want to punt when the sink gets clogged or whatever.

I'm very taken with the direction described in this article. Probably all the ingredients have been out there for a while (maybe if I read Jim Henley more), but this puts it all together enlighteningly.

Or is this more messaging/framing BS? It's compelling ideologically as well.

This is a good article, more about diagnosing the rhetoric from the past fifty years than offering a convincing new rhetoric. But I think it's on the right track - it just needs to team up with a good marketing expert. You aren't free if you sit in traffic for an hour to get to work. (Public transit.) You aren't free if you're a hospital visit away from losing your home.

What about the message: You need more free time. The Democratic Party will bring it to you. (High speed rail, simplify the tax code, regulate industries that waste your time, etc.) I bet a sizable portion of the voting population would be prefer a time break to a tax break. (After all, the huge increases in productivity have been half-achieved by intruding on Americans leisure time.)

As a minor point, I think the article overstates the message "FREEDOM!" in American history. There have been successful movements built on other things, namely fear, usually.