The only good thing about the anti-vaccine debacle is watching the "success" of the movement become its undoing, as suddenly there's insufficient herd immunity to protect free riders.

You know, we all draw lines somewhere, and I have no problem with people who send their kids to private school, despite being familiar with the "best for my kid; screw yours" arguments against doing that. But the consequences of what the anti-vax people are doing seem so much more immediate and dire that they drive me bonkers.

If I try very, very hard to be charitable, I think something like this must be going on: the risk of vaccination is not zero. Obviously, the risk of not vaccinating is much higher, but it's one of those quirks of human psychology that the dire consequences of what we do, rather than fail to do, weigh much more heavily upon us, and so these folks find themselves in various rationalizations for being unable to overcome that quirk and take responsibility for their actions and their kids.

That's the charitable view. But they really sound like morons, don't they?

In the category of most depressing website, I submit Is This How You Feel?, where climate scientists share how they are grieving for the planet.

Fortunately for your heartstrings, you have to actually read the scientists' handwriting, which is pretty annoying. But I bet they're saying depressing stuff.

--The Jeet Heer piece on the New Republic's history on race (does anyone really care anymore?) is actually pretty good. Summary: pretty racist, not all that racist, more than a little racist, meh.

Here is my best guess as to what has happened: They had a standard course that progressed from linear functions, to quadratic functions, to polynomials and rational functions, and then exponential and logarithmic functions. Maybe some topics after that like conic sections or something.

Then the industry as a whole decided that you can't start with linear functions, because the students don't have the chops to manipulate equations well enough to solve the problems - they understand the concepts but get hung up on the computations. So they pushed linear functions back to chapter 2 (and I swear all books are synchronized on this point), and added a first chapter where you take each topic, section one - linear equations, section two - quadratics, and so on, and go over all the equation manipulations really fast.

Keep in mind that this is everyone's second time through the material, and it does not come naturally to them, specifically because of the manipulations. So now all the hardest material is crammed in the first chapter, without any context - no graphs, no easy sections to space it out, etc.

Maybe that was the status quo for a couple decades, I don't know. Then someone clearly looked at the first chapter and said, "This is stupid. These are college students; the course should be challenging." So they amped up the problems in chapter 1, so that you are asking the students to do ludicrously difficult manipulations compared to their comfort level with any manipulations. They also clearly said, "We'll just flesh this chapter out with word problems, since it is way too easy." The word problems are preposterously difficult for them, of the kind that is a ridiculous cliche - two trains leaving, one train travelling 40 mph faster than the other, and when will Joe catch up with Brenda if he left 30 minutes later?

It is very well understood how to teach this math - take one concept, say linear functions, and approach it from ten different ways. Graph it, use manipulables, have them count out slopes in concrete situations, transform all the different equations into each other. Take it slow. Connect it with all the other topics.

This is the exact opposite. It is such a terrible course. All it does is cement students' fear and hatred of impenetrable problems. I should have skipped Chapter 1 altogether, but I forgot about my experience last time until I was knee deep in it.

--Seems the older kid woke up and discovered lying this morning. On the bright side, now he has a deep understanding of how important his tongue had been to his ability to speak.

--If you buy a toy that makes a lot of noise for someone else's kid, you're a bad, bad person.

--I don't know which musical they'll demand incessantly next, but it will be worse than the current one. We started with Mary Poppins, which I found wicked hella annoying, but which I now recognize is a goddamn work of art. Then on to Willy Wonka and the Chocolate Factory, which is no Mary Poppins, but is a competent production. Then steeply down the hill to the most recent Lorax movie, which is wall-to-wall with jangly "rock." (Then they saw Frozen, but they had no interest in that.) And now, from what you'd think would be but won't be the bottom of the Netflix barrel, they're in love with Shrek the Musical, which is not clever and not euphonious. I don't even want to know what poopyhead poop is next.

That Website Than Which No Greater Can Be Conceived

Guest Post -The evolution of a sentence about evolution


"Toward this end, teachers shall be permitted to help students understand, analyze, critique, and review in an objective manner the scientific strengths and scientific weaknesses of the theory of biological and hypotheses of chemical evolution."

The sentences that give me the most trouble are those where I'm trying to include two long descriptive clauses about the same subject: Those samples originating from (complicated description of source) turned out to have (description of characterization). Separately, it is so depressing that making schools worse is a viable election strategy for local officials in the US.

Heebie's take: What is chemical evolution? And why can't a hypothesis be a question?

I just get on the mic and spit it

And whether you like to admit it, I just shit it
Better than ninety percent of you rappers out there

So he think's 1 out of 10 rappers are better than he is? Modesty, innumeracy, or slavery to scansion?

On a similar topic, boy do I feel vindicated in my never all that high opinion of Jonathan Chait.

I got a new crock pot. What I really wanted was a delay-start feature, because on our old one, we'd be gone for 10 hours and the chicken would taste rubbery.

It turns out that manufacturers won't make a crock pot with this feature, because you could put chicken in it, which would then sit out for hours, and then you'd get salmonella, and then the salmonella would get cooked thoroughly but presumably you'd still die. Instead they offer a "keep warm" feature, which our new crock pot has, which works very well. Problem solved!

Then I noticed that our oven also has some programmable buttons, which I'd never seen before. Apparently oven manufacturers don't share this concern - I can put chicken in my oven and schedule it to turn on later that day, salmonella and all.

Finally, I can just put chicken on my counter-top and get salmonella the old fashioned way. Even though the keep-warm feature works just fine, I am still peeved that they're so damn concerned about my safety. Can't they call it a "Vegetarian-Only Option" with a big warning label in the users manual, and be done with it?

Let Us Think What Shall We Think

This is what I'd call a graduate school conversation, for good and ill, and the form of email between friends for public consumption is weird, but they're smart people and you could put together an interesting reading list from the things they discuss. Bob will like it, anyway.

Thoughtful piece by an African-American man about preparing a piece for public radio and the fact that his voice is not what he thinks of as a public radio voice.

Eggplant writes: I found this post via gnoLeD darB, interesting. The video would activate my cringe response if I had even the tiniest bit of empathy for the two participants.

Heebie: They're the worst!

Alex Tabarrok and Tyler Cowen recently released a little promo video, to tout their new "Marginal Revolution University" course on microeconomics (as well as their intro textbook). In it they bend over backwards to make economics seem fun, friendly and non-intimidating. Practically every sentence is accompanied by a cutesy little animation, designed to make the study of economics seem as non-threatening as possible. And yet halfway through the video, they ruin it all, by saying something that is guaranteed to alienate most normal people.See if you can spot the faux pas...

(The link does describe the awfulness, in case you don't want to watch the video.)

So, what's surgery like? I've never had anything more significant than out-patient procedures. What are the aspects that no one tells you?

Has anyone here ever heard of fasting for a few days before surgery to get your body into healing-mode? I swear this is not hocus-pocus. I swear I know seriously competent scientists who explained the mechanism to me, only my memory for such things is utter crap. The reason it is not put forth as a wide-spread medical policy is people find it too hard to comply with.

Below the fold, for delicate dispositions' sake. 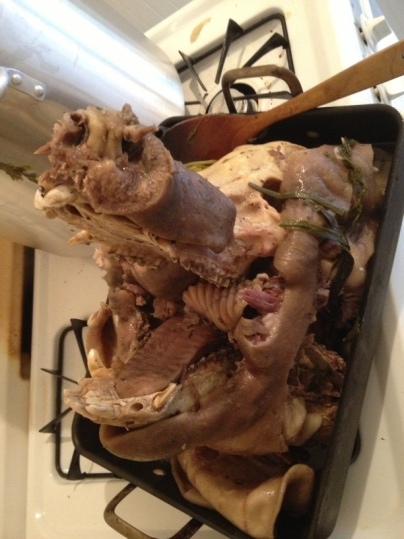 Nworb Werdna writes: A long story in the NYT magazine about an orthodox sex therapist, from which I extract:

If a woman is unsure whether her period has begun, she'll put her underwear in a plastic baggie, which her husband takes to a rabbi, who inspects the spotting and renders a decision.

Heebie's take: That detail is weird as hell.