Baudh [is] one of the eight survivors of the July 2016 Una incident in which upper caste men - in the name of gau raksha (cow protection) - had publicly stripped, paraded and flogged Baudh, his family members including his mother and a few other members of his community for skinning a dead animal.[...]Since the incident, Baudh's family has stopped skinning dead animals, a caste-assigned occupation. But this decision, he says, had proved to be a harsh one. Like most Dalits in the state, Baudh's family doesn't own any land, and giving up their occupation meant losing their only source of income.[...]"Our family surname was Sarvaiya. Like most families of the Chamar community, we too followed Hindu gods. But we gave up our religion and also our caste name; we are 'Baudh' now," he says. All Hindu markers from his house have been replaced with Buddha's idols and Dr B.R. Ambedkar's photo frames. The family greets everyone with 'Jai Bhim', or hail Ambedkar. The incident also convinced most of the 25-odd families belonging to the Chamar community in the village to leave the Hindu-fold and embrace Buddhism.[...]His brother Ramesh, last year, bought a horse, a bold statement against the caste Hindus of Gujarat who have violently responded, even killed Dalits for owning and riding horses. "I can't really afford one and maintaining the horse means exhausting all my resources. But this is my little rebellion against the casteist society," Ramesh tells The Wire.

This is intended to be our system for checking in on imaginary friends, so that we know whether or not to be concerned if you go offline for a while.

I had occasion to send my aunt to the website of Nina Katchadourian, after her "Lavatory Self-Portraits in the Flemish Style" came up in conversation, which made the rounds a decade ago.

I explored the rest of her charming website - much of her art has a dry wit that I find really hilarious. We probably had this exact same conversation in 2011, but who has that kind of memory? Some of my favorites are:

Share with me some poetry or art. Nothing too over the top gloomy. At least until we're past 40 comments. Discussions of affairs or gossip counts.

I had a light post planned, but I'm saving it, because I'm too concerned and worried about the implications of the Wisconsin election, and Trump's firing of the stimulus oversight guy, and the political turmoil associated with this pandemic.

These different articles are implying that New York bungled its response compared to California, because they delayed by social distancing by days, until their cases were around 300. What I would like to find is a map that compares the number of days between the first case in a region and the adoption of social distancing measures. (But the lack of testing! How reliable would such a map even be?)

I'm looking at these recently revised peak prediction models by state, and wondering why on earth it's so sanguine about so many states. (Last week's model was definitely more pessimistic.) And if the model is correct, won't those states just get walloped in the fall? I hate that I look at these peaks with an eye to the political fallout of which states are needing help.

I'm worried for people located in New York and Louisiana and Europe (and the rest of the world).
And worried about the racial disparity in deaths and awful outcomes.

I'm annoyed because I rinsed this shirt by hand and left it to dry in the bathroom (which I do all the time), but today I keep getting wafts of mildew.

Nworbrew writes: Remember sousveillance? Well, here is the real thing . From now on, the NSA can be your personal butthole surfers.

(Then there is my favourite quatrain from Bob Conquest --


"For this old Fogey is a yogi
And has been known to pass whole
Years in pursuit of the Absolute
While gazing up his arsehole."


)
No longer need seekers after wisdom contort themselves.

Heebie's take: Along with a few photos of the toilets, this is in the sidebar at the link: 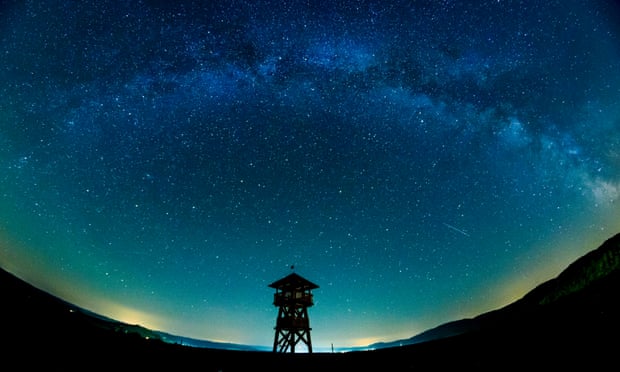 This is intended to be our system for checking in on imaginary friends, so that we know whether or not to be concerned if you go offline for a while.

For my two cents - more variety. All you assholes have your own niche interests and have worthwhile things to say about them: board games, national park management, church politics, water policy, Native affairs, policing, whatever.

Heebie's take: This is great! All you nerds can boil your weird pasttime interest into a short guest post. You must be so sick of my perspective by now. Yet I continue to have so much glorious power here.

As a shallow person, I do love the personal threads. I was vaguely wondering if the Affairs Post the other week would turn confessorial, the way they have in the past, but I guess those requests have to be made explicit, or maybe our judgement was just all worse a decade ago.

The other day, Trump took a question about blaming Asian Americans for COVID-19, and he responded by talking about the reverse allegation: that Americans brought the novel Coronavirus to China. Transcript:

Q: Mr. President, on Monday, did you speak with Chinese President Xi before you urged Americans to not blame Asian Americans for the coronavirus? We noticed that you've backed off of that language. I know you're speaking with him again tonight.

THE PRESIDENT: No, I didn't. I'm speaking to him tonight. It's scheduled to go tonight. I'll have a call with President Xi of China. I have a very good relationship.

No, I didn't like when they came up. And it -- it wasn't him. Somebody at a lower level -- mid-level -- we found out, pretty much. But they made a statement that our soldiers brought it into China. No, it came from China. [my emphasis]

After more rambling by DJT, the exchange continued:

THE PRESIDENT: He never asked me to calm it down, no. Somebody might have spoken to somebody, but nobody spoke to me about it.

That bit about low-level/mid-level people caught my ear when I heard it, because it reveals how Trump (and many managers) view the workforce. For those who share Trump's perspective, the "high-level" people matter the most, know the most, and are generally the most valuable employees in any organization.

For those of us who have actually worked as "low-level" workers, there's an instinct in the opposite direction: the frontline workers know what's really going on; management often doesn't have a fucking clue.