I Give And Give

Once again, in no particular order, with no warrant or guarantee, some songs I've enjoyed lately.

Mossy Character writes: So the International Criminal Tribunal for Yugoslavia has wrapped up.

"On the positive side," [prosecutor] Nice added, "all reasonably educated citizens of the world now expect criminal behaviour in war to be subject to international legal accountability. That's a huge shift in thinking. [...]

Which is good; yet presumably is part of the reason Kim wants his nukes so much. Of course the law is a strange beast:

[...]The fact that Croatia and its leaders were directly implicated in the destruction of Bosnia, while Serbia's were not, has caused endless fury in Zagreb throughout the ICTY's mandate. [...]In order to charge Grave Breaches of the Geneva Conventions in any indictment, the prosecution had to prove that the war in Bosnia-Herzegovina had been an international armed conflict. This was a chapeau requirement of the Grave Breaches provisions. This meant that the ICTY Prosecutor had committed herself to the theory that this was not a civil war, but an international armed conflict made such by the financial and military support to the Bosnian Croats provided by an independent state, the Republic of Croatia. [...]The current Croatian complaint with the ICTY was that through this theory of [Joint Criminal Enterprise Croatian president] Tudman was indicted and found culpable in the Prlic et al case, while Slobodan Milosevic, the President of Serbia, had avoided culpability by dying before his verdict was issued.[...]The ICTY, and future courts, must examine what steps they could have taken and what errors they made that have resulted in national groups seizing victimhood and praising criminals. In Serbia, a statute of Milosevic is being erected, and many Serbs deny the Srebrenica genocide ever occurred. Perhaps, if the ICTY had focused on examining a particular region and what each group had done in that region, rather than focusing its investigations on each ethnic group, the national groups would have believed the court to be more equitable.In the Mladic trial:

The initial satisfaction with the verdict that filled the public gallery was later tempered with disappointment expressed by Muslims not from Srebrenica who stated the attacks on them were genocide. The judges found that while physical perpetrators outside Srebrenica did have genocidal intent, the number of Bosnian Muslims targeted with killing or physical or mental injury were not sufficient enough in number to constitute a substantial part of the entire Bosnian Muslim protected group--a legal requirement for genocide.

but I can't stop laughing:

When a witch says your tongue has to float in the middle of your mouth without touching anything or you'll die. pic.twitter.com/AbL9oNw4Is

I personally am not a big pot smoker, but I will be super annoyed if Sessions turns legalization into the hottest rightwing flashpoint and sets back legalization in Texas thirty years. I see it as a real public good to give stressed out people the option to self-medicate through weed and not just alcohol. I'm not kidding one bit.

I guess there are dumb questions. And while I'm not quite ready to die, I'm also not sure I want to live in the future. 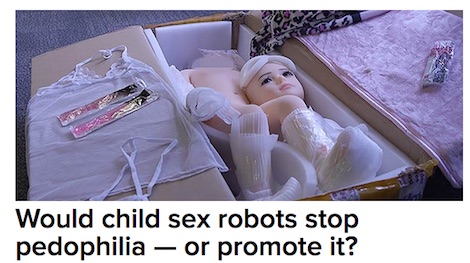 Oh my god. Donald Trump Didn't Want to Be President; One year ago: the plan to lose, and the administration's shocked first days. Am I supposed to already know who Michael Wolff is? Anyway, reading this is maybe harder to take than ST. Characters in 2017 just aren't used to these dystopian narrative techniques, it really creeps them out.

Sure does feel like a slow news cycle. It was 19° here this morning! holy moly. This is really unusual for us to have temperatures this cold for this long.

I'm going to restate my comment from last night:

We just watched the first episode of season 1 of Stranger Things, and I'm so anxious I feel like I'm going to have a heart attack. I love the costumes and set design and characters but I cannot imagine watching another episode. That first episode felt like it lasted for hours.

since I still feel a little rattled. I think I must have an especially low tolerance for the feeling of anxiety. In general I am not a tense, anxious person, but when I am, it feels excruciatingly awful. So many people derive pleasure from this show! What is wrong with them!

I wonder if the 1983 setting made it worse - these naive people in 1983 aren't used to the creepy narrative techniques of 2017! These poor dears only know alcoholism, domestic violence, and Jaws and Carrie! As far as the set and costumes went, I thought they did a superb job, and I'm extremely critical of anachronisms in this kind of thing. (If I had to criticize something, I'd say Winona Ryder's haircut.)

SP did chime in:

We just finished both seasons- watched the last 4 hours on NYE!- and didn't like it that much because it felt manipulative and illogical, trying to force you to keep watching. I mean, not as bad as Lost, but I don't think any show will ever be that bad again.

You can spoil whatever you want in this thread, because I am really not watching any more episodes. HOWEVER, after that, we watched the first episode of GLOW, and don't you dare spoil anything from that.

The last update on reading Culture books together was ajay:

The first three: Consider Phlebas, The Player of Games, and Use of Weapons.

The idea is that anyone who wants to participate should, by 10 January, produce a post addressing some aspects of the Culture, based on some or all of those three books. Then some kind FPP will start posting them after that.

You can base your post entirely on one of those books if you want, but it would be better to base it on two, and best to base it on all three, because not everyone participating will have read all three. So if you just do a piece about, I don't know, the British and US elite education system and "The Player of Games", then you're rather excluding anyone who hasn't managed to read it. Better to do something like "the Culture and religion".

Spoiler rules: you can mention anything from any of those three without having to warn people. If you want to draw on other Culture books, or indeed other non-Culture books, you can, but flag it up. And don't make them central to whatever point you're making because lots of people won't be able to participate.

I'm getting into the third book at last and hope to have enough memory of the first two to write something about sex/gender and what's unspeakable and unthinkable or something like that, probably. Who else has plans? Are we still on schedule?

Let's everyone who's interested answer these questions in the comments.

Ok, just to clarify: Apple slowed up my phone with the pretense that it was extending my battery life, right? And now to fix it, they're offering cheap batteries all year long to anyone who wants a $29 battery?

What if I just want my phone to run faster on its current battery?

I have complicated feelings about this arctic blast. Mostly I am grateful for it. In my heart of hearts, I have a very provincial dread of climate change - I don't want to deal with hotter summers and hotter winters.

At the same time, we're getting Siberia's artic air or something because the climate gods conspired to park the lone cold spot over the most fraudulent climate deniers in the world. I have this visceral belief that we ought to be punished, not spared for our greedy ways.

But god, it feels like a delicious respite to be frigid cold. This is probably just the psychological effect of the phrase "global warming" - who knows if I'd have any subjective experience of hotter summers/winters at this point if I hadn't been primed to observe them - but I have been primed and filled with dread.

For people who live with winters that are too long and wearying: obviously you are primarily wildly concerned with the damage that will be wrought by climate change. But on the most provincial of interior monologues that you mostly keep to yourself, are you at all slightly relieved to have milder winters, the way I'm selfishly pissed at the hotter summers?

Despite what people tell you, remember that it's much easier to live without hope than with it.