Is my laundry safe?

Absolutely! Remember, only you and a Laundry Locker employee has the key to your locker. If someone else wants to pay for your laundry, that is fine, but only the holder of the key can retrieve it. If you like, you can easily give your key to your wife, roommate, etc. and have them pick up your laundry for you.

I've been meaning to blog this article by Dana at EotAW for a while where she talks about the four categories of food that most people have in their repertoire: The Impressive Dinner, The Buddy Meal, The Dessert, and The Specialty. What dishes of yours fall into those categories?

(Relatedly, I remember Armsmasher once telling me about "Summertime Spaghetti", a term for the one "date meal" dish that a guy knows how to cook for wooing a woman. It's so named because the guy will serve it whenever he's trying to impress a girl, whether it makes sense to and matches the season or not.)

But Mama, that's where the overblown mockable passion is.

What makes the song Blinded By The Light one part delightful and two parts ridiculous is not the runny douche malaprop that everyone rediscovers for the very first time. No, it's the very zenith of the song, when the beat slows and the background swells drop away, and the guy sings, slowly, with all his might:

Mama always told me not to look into the eyes of the sun.
But Mama...
THAT'S WHERE THE FUN IS.

That is where the fun is. So deep. It's probably a bad idea to ever sing authentically something in the voice of a child, once you're an adult. Try it, with as much passion as you can muster: "But Mama. That's where the fun is."

Yes, Mama. It really is.

I don't know when exactly it started, but NPR now uses the word "torture" without qualifications to describe the activities at Guantanamo. That is critically important in shaping the narrative we tell, as a society, about our actions post-9/11.

This is what the machine elves have been building.

Will no one think of the poor amputees?

This is really targeting evangelical Christians, not all Christians. As I feel swamped by evangelicals, it made me laugh. Related.

I debated posting this all day yesterday. I guess today's post is really about yesterday's indecision. I just felt like it wouldn't go over well. My first guess was that everyone would be like, "Oh Heebie. That's so aught six." But my other guess was that it wouldn't strike people as particularly funny. But I find it so funny. And I don't usually like physical humor. Anyway, now I'm curious as to how well I can predict the commentariat.

I'm particularly talkative. A moment of silence, especially on a long car trip, and I'm telling a story or asking a question ("Hey, guess what the densest city in the world is").

It occurs to me only now that I may be annoying my fellow passengers. I thought I was helping stimulate conversation.

I feel shame. Or guilt. Or whichever of those two I'm supposed to feel.

This interview with Tom Blanton, Director of the National Security Archive, had this interesting exchange:

BLOCK: Let's talk a little bit more about the Bush administration's position at the time. A couple of years earlier in 1987, Ronald Reagan, of course, made his famous pronouncement - Mr. Gorbachev, tear down this wall - and the impression would be that's exactly what the Bush administration wanted: the wall to come down, Germany to reunite.

Mr. BLANTON: That Reagan speech has risen to the level of myth. But it was really, I think, directed more at a domestic audience. He was at a weak point in his presidency after the Iran-Contra affair. So, he was kind of taking back some of the old rhetoric, that morning-in-America Reagan again. And I think American policy was real clear. Yes, we're for a united Germany except getting there was a whole other matter. And with the hallmark of the Bush administration, I think, during 1989 is worry, anxiety, insecurity. And you see it over and over in the internal notes, the diaries where they say Gorbachev's out in front. He's more popular than we are. He's got the initiative.

And they never seem to ask themselves, wow, all these initiatives. Maybe that's in our best interest. Bush actually writes in his diary in July 1989, after he met a bunch of dissidents in Eastern Europe, says things are spinning out of control. I better get together with Gorbachev and see if we can slow it down.

Contrast this sort of explanation:

From there, [Newt Gingrich] turned from faithless communists to godless liberals. "There is a secular-left model of reality which cannot tolerate the thought that state control fails, that tyranny is evil and that a liberated human being whose rights come from God is the centerpiece of the human future," he said. In fact, he added later, he felt so strongly about this that "I'm trying to get a poster done. It's going to have a series of Polish crosses that form a cross."

A man in the audience stood up to say that over the past nine months, the Berlin Wall "is being reconstructed right here" by Obama and congressional Democrats. "At the end of four years, is it not likely that a lot more people will be rediscovering God through tyranny?"

"The underlying move toward a secular socialist worldview has been going on now at least since the early '90s," Gingrich answered. "The great Reagan Revolution defeated communists overseas, but it didn't defeat the left here at home." 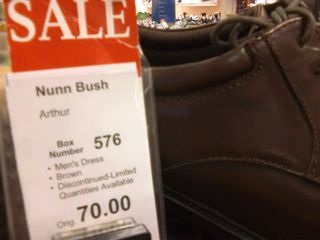 This book, "Damaged Goods?: Women Living With Incurable Sexually Transmitted Diseases", has an interesting premise. Are STDS playing the role that virginity used to, in more ways than just a consequence of sex? In other words, instead of virginity, is the goal now to test clean for marriage? I'm sure it sends many kids into an emotional tailspin when they are diagnosed with a permanent STD. The shame and stigma attached to STDs is awful. I wonder how closely it parallels the stigma of being sexually active, a generation ago. "It's okay to be sexually active in today's world, as long as you don't slip up and do it with someone who may be secretly gross."

98% of the transactions in the US go as follows: price is clearly marked, and nonnegotiable, and everyone wants to minimize the time involved. I'm extremely used to this.

The second is the car-buying/market square/bargaining style transaction, which I'm extremely unexperienced at. When I've been around people who know what they're doing, the two things I've noticed, for the buyer: 1. you must be willing to walk away, and 2. It's going to take awhile. Relax and don't be in a hurry.

About 2-3 times a month, we have people roam the halls and offer to buy our textbook samples from us. They come in our offices with their scanners, and they want to talk, and stretch out the time, and it makes me fucking livid, because I've got a bunch of shit to get done on a very short schedule. If you want to scan my books, fine. Do not put them in your suitcase before offering me a price. Do not give me endless backstory about the ins and outs of your situation. I'm teaching in one hour, and I just got to work, and I've left all kinds of stuff to the last minute, and have a ton of internet commenting that I need to get in. Operating in the wrong transactional style is really hurting your chances here.

(I saw one of the buyers in the hallway, as I was about to enter the building. So I hid until he turned the corner. Then when I entered, he heard the door open, and he rounded the corner and greeted me in fake-surprise as if he'd been heading my way all along. I'm onto you, buddy.)

Really sorry for myself.

Here's an informative list of how much in contributions your house rep recieves from insurance companies, what percent of their district lacks insurance, and how they voted. You can sort by any trait. There's a district in Texas where 43% of the population lacks insurance. It's east Houston, and the representative is a Democrat who voted in favor of the bill.

In other news, my groin muscles and hip flexors seem to be on the fritz. They're not pulled, exactly. I start off each game fine. But whenever I rest for five minutes, they stiffen up until I'm walking like a robot, and I have to re-warm up and re-stretch to play again, and by the end of the game they are completely seizing up. After the game, even if I stretch, they completely freeze up. After soccer today I kind of cried walking from the car to the house. But today was also cold and rainy, which made them creakier and stiffer than usual. What is this? Is it possible this is arthritis?

It's been going on intensely for about a month. I feel really sorry for myself.

I've noticed an inconsistency in burger preparation; specifically, in veggie burger preparation, but I suspect the problem holds for meat burgers (which, by the by, would be a good name for a shitty metal band).

It's a matter of patty placement, and I've always thought it should go (starting from the bottom) bun, patty, stuff, bun. But increasingly I've noticed burgers served bun, stuff, patty, bun. I'm open to arguments for the latter arrangement, but I'm skeptical.