Ugh, why is this goddamn shithead still our president???

Who has two thumbs and a kindergartner who got written up twice in two days for violently attacking other kids? That's right, your lovable blogger, Heebie.

It's perhaps not often noted that while Se7en was a very good and successfully disturbing movie when it came out, it's an even better movie now that it seems entirely fitting for Gwyneth Paltrow to be beheaded.

Near the top of the hill.

I am now of an age where some of the bullshit I dealt with is beginning to be addressed. Mostly career-related, in my case - people spend a lot more effort thinking about good ways and bad ways to teach math, how to support and foster an interest in math in girls and minority kids, and so on. Recently, Heebie U discussed the need for an official family-medical leave policy for faculty. I have to admit, this one stings a bit. Pregnancy is still a little too recent and was too hard. I'm kind of jealous and mad that I suffered through it the hard way.

Sir Kraab writes: I'll be in Cleveland May 1-4 and am working on meetup plans with the Helpy-Chalks and possibly redfoxtailshrub & snarkout. Any other Clevelanders? Lurkers welcome!

I have a dumb physics question. I'm really no good at physics. Sometimes, in my xfit class, we do back squats. 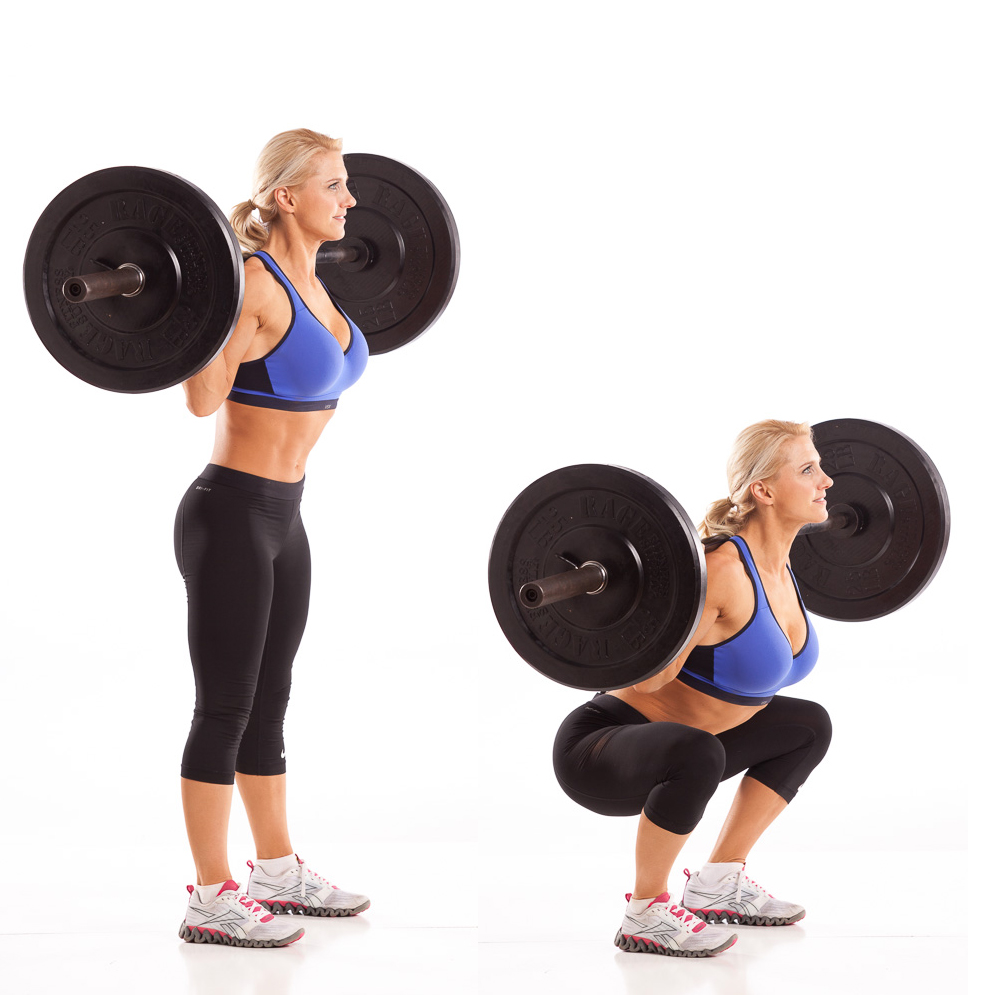 (This is a stock photo of someone named Julie Lohre. Not me, for many reasons.)

This is what I think about when I do back squats:
If I were to use my arms and lift the bar off my back by an inch, and then do the back squat, I wouldn't be making it any easier on my legs. My arms would just get tired.

Suppose I used my arms and pulled the bar down really hard onto my back. Am I making it harder on my legs then?

If so, why is this asymmetric? Why can I make it harder but not easier? Note: arms lock in position before the back squat ever starts, in these scenarios. No "jumping in an elevator" scenarios, where your arm provides a jump while your legs are working.

I think it must be that you can't make it harder on your legs by pulling down - the top half of your body is a closed system with fixed weight. That your core muscles are just doing more work to counter your arms. Am I right?

(For the sake of argument, let's say my legs do 100% of the work in a normal backsquat, even though core muscles and whatnot play a role.)

Via Erik Lund, continuing his "Gathering the Bones" series, laid out for instance here:


"Indian" populations transformed into "White," once it was in their interest to do so [...] "Forgetting" allows the perpetuation of a Creole elite without challenging the ideology of American egalitarianism

Separately, from the first link:

Contrary to expectations under a social one-drop rule, or "Rule of Hypodescent," which would mandate that individuals who knowingly carry African ancestry identify as African American, the probability of self-reporting as African American given a proportion of African ancestry follows a logistic probability curve [...] suggesting that individuals identify roughly with the majority of their genetic ancestry

A reminder that demography is not destiny, considering that AIUI the US Census does use one-drop rules.

Heebie's take: I feel like there is a joke waiting to be made about one-drop rules and homeopathy dilution remedies. Or maybe just a related premise.

(Genetically, I am not a mixture. Just Ashkenazi with 2% Neanderthal thrown in for good measure.)

Back in the day, we talked about Jackson Frank and covers of his Blues Run The Game. This one is lovely.

In fact, naked mole rats can survive for five hours at oxygen levels so low a human would die in minutes, and this latest study showed they can endure a ridiculous 18 minutes of total oxygen deprivation by slipping into a sort of vegetative state. Mice without oxygen die after around 20 seconds.

Also they don't get cancer or feel pain. Also the authors at the link already made the scrotum-looking jokes.

The point of the article is that scientists recently figured out the metabolic pathway that the moleys are using - they're using fructose, which we only have examples of plants doing until now. Weird!

When I was seven or eight, my mom spent about two years working on 8x11 paintings - and she paints slowly and painstakingly, these are not breezy things that are whipped off - each of which was a different pun involving moles. "Mole in One", with a golfing mole, "Guacamole", etc. There were probably 30 in all. Weird!

I enjoyed the Melania Trump Vanity Fair article. None of it was sourced by anyone very close to her, but it all seemed very plausible.

One thing that has vaguely surprised me: Over the last, say, 18 months - since Trump has been under tight media scrutiny - there have not been any new allegations of Trump hitting on anyone. I assume his age and corroded arteries have just caught up with him? I can't imagine why he'd change his ways on this one thing but nothing else.

Lw writes: Turks living in Germany mostly voted for autocracy in the recent Turkish referendum. Informally, the (incoherent) explanation they give is that they see Germans as basically against Erdogan, and integration of ethnic Turkish people into German society has not been great, so you can't tell me what to think. This is in contrast to urban voters in Turkey, who voted against autocratic powers in the referendum.

Sunday is the first round of elections in France-- top 2 candidates run off later in case highest candidate is under 50%. All 4 top candidates are between 18% and 23% in polls with a fair amount of sampling error. The televised debate was kind of a circus with 11 candidates.
Le Pen: Racist, anti-EU, Russian stooge
Macron: Pro-EU, not part of an established party (a real novelty at this level)
Fillon: Center-Right, scandal for employing his family members, Russian stooge
Melenchon: Funny talker, far left, anti-EU.

Second round polling strongly against Le Pen. I sure hope this works out.

Heebie's take: I feel super bad for not getting this up over the weekend.

I'm not an "animal person," still less a bird person, but there are four great horned owls in our yard right now, flying from tree to fence and back, and they are something to see.