"Are You Going To Come Along Quietly, Or Am I Going To Have To Muss You Up?"

In a San Diego friend's back yard. 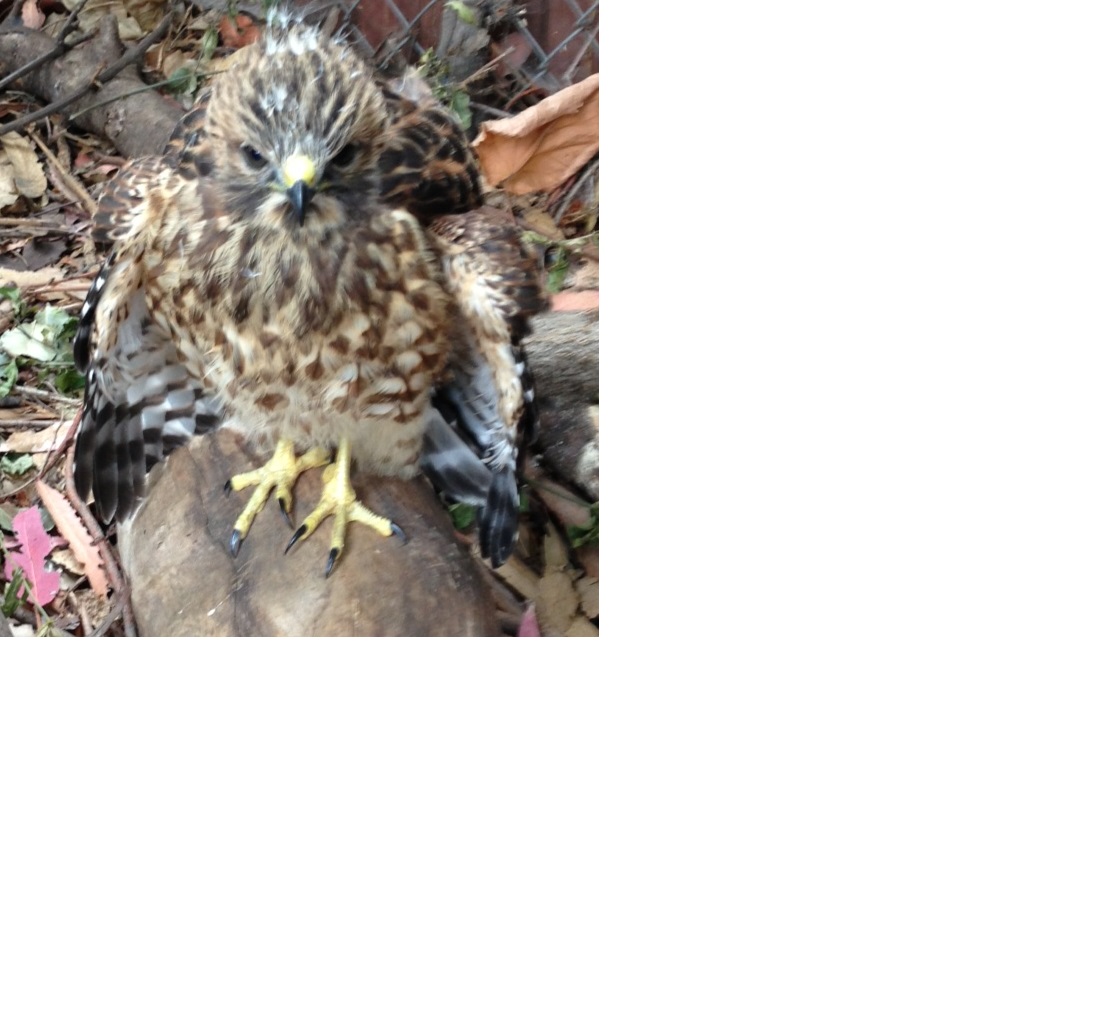 It's a thing for landlords in San Francisco to let their apartments sit in the breeze, vacant, because having tenants is such a bother. This part is confusing to me:


Well, the clerk explained, because of the city's troublesome rental laws, a tenant-free property is much more valuable.

A check of comparable recent sales in our neighborhood, in fact, shows that empty buildings are worth hundreds of thousands of dollars more than those with tenants, and with the current housing-price boom, that profit margin (on paper, anyway) increases each month.

This seems to imply that the tenants can't be (easily) evicted when the building is sold. Certainly doesn't sound like any part of Texas that I know. Anyway, the broader point of having an artificially shrinking housing supply in a city with sky-high rents sounds infuriating.

Monsanto Cucumbers Cause Genital Baldness. We might as well stick to joking around because we're all going to die and this is good fodder.

FACT: More songs are improved by being slowed down than by being sped up

I know that it involves an objectionable valorization of the traitorous South and all, but I still like "The Night They Drove Old Dixie Down", and I especially like this cover of it:

Further evidence for my titular claim can be found in this slower-than-usual performance of "Crazy", and this cover of "I Kissed a Girl".

Warrantless wire tapping will never be dialed back, will it. For those who enjoy being surveilled, we are entering a golden era!

Here's the problem: it's the just-desserts phenomenon. People who don't follow the news very closely aren't outraged because the thinking goes "If you do something something to deserve it, you can't complain when you get wire-tapped." The secrecy of it all means that people can interpret that it's not happening to "good" people.

Also, how 'bout that guy in Texas who was acquitted for killing the woman who wouldn't have sex with him, because she had his $150? I hate everything.

This whole conservative apoplexy over Citi Bike is so much fun that I think it warrants a thread. A more-or-less random pick from the many on topic links.

Guest Post - Looking for Good jobs (or "where's Studs Terkel when we need him?")

Nick S writes: An article about a member of the Federal Reserve Board of Governers going to a job fair and being struck by how depressing the entire thing was.

I find the tone of the article annoying (in a way that I associate with the Huffington post), but the story is a good one. Experience and anecdotes are powerful. The article has a touch frustration with, "powerful well-off person finally figures out something that most people have known for years" I'm inclined to think better late than never, and that it's good that she went and paid attention.

Raskin said she wanted to learn more about the cybersecurity jobs, so she asked the representative what she needed to do to land a position.

But the firm wasn't offering actual positions, Raskin said. Instead, the company was collecting resumes to put into a database that attempted to match applications with open government contracts.

Applicants, Raskin was told, had roughly a 25 percent chance of landing a position. The company was doing "really well" at placing people, the company representative told her.

Despite those odds, job-seekers had to sign a letter of intent with the company that effectively prevented them from applying for jobs elsewhere, Raskin said. Also, the jobs paid by the hour. They didn't offer benefits. And they were temporary.

"I actually decided that being a lifeguard didn't look so bad," Raskin said.

Here is the post I would like to write:
I met with a personal trainer yesterday. He recommended that I start a regimen consisting of [...details...]. Isn't that crazy strict?! Here's what I've been doing: [...details...]. So I've been doing a perfectly healthy routine, but with no results, and apparently it's going to take a lot more for me to see results. I'll give it a whirl, and if it's not sustainable, I'll just get used to the way I look.

If I were a guy, I think I could write the above post. But it's much more fraught for me to spell out those details. Primarily because of how shitty our culture treats overweight people (especially women), and I don't want to be normative to our overweight readers about looking a certain way. Partly because hyper-quantitative, detailed discussions of calorie counts, weight on the scale, etc, are something that happen too frequently when people are obsessing about their weight, (especially women).

I don't think the post would sound as normative coming from a guy, because his body is a male body. And while plenty of guys do have hyper-quantitative health-obsessive conversations - this trainer included - it's categorized as uber-fitness, not eating-disordered.

It's certainly fine to have hyper-quantitative discussions once in a while. Which is what's behind the post I would like to write - I did meet with a trainer! And holy moly, is this regimen strict! I'm just not sure there's a way for me to write such a post (without massive disclaimers, at least.)

The actual post that I would have written is under the jump.

I met with a personal trainer yesterday. He recommended that I start a regimen consisting of [1300-1600 calories a day, and 60-75 minutes of exercise, six days a week]. Isn't that crazy strict?! Here's what I've been doing: [watching what I eat carefully during the week, and exercising for 30 minutes, three days a week]. So I've been doing a perfectly healthy routine, but with no results, and apparently it's going to take a lot more for me to see results. I'll give it a whirl, and if it's not sustainable, I'll just get used to the way I look.

*I'm not that interested in altering the content of my diet, or doing more effective exercises for a shorter length of time, for now. When Ace goes to daycare, I'll have more flexibility with the type of exercise.

This occurred to me: if you Facebook friend your local city council members, then everything political that you share will show up in their feed, and you'd have a very passive method of barraging them with your opinions. They could always hide you, but I'd think most politicians would want the information available.

This might only be workable if you're in a fairly small town or district. But there are lots of lesser known office holders/politicians/superintendents/etc that could be friended.

Guest Post: FSP and the Case of the Incompetent Father

Nick S. writes: A nice FSP post about gender roles, taking care of small children, and the challenge of taking time off from work on very short notice.

They were serious. They selected me because I fit the following criteria: (1) female, (2) relative, (3) parent, and (4) I could get to their location sooner than other female relatives who have kids. Never mind that my daughter is in high school and I have not taken care of a little kid in many many years..

These relatives are a bit traditional (hence their criteria), but what could I do? It didn't seem the right time to be annoyed that they would never ask a male relative to take a day off from work. My relative is a stay-at-home mom and has never had a career. To her, only another mom could take care of her daughter, and her preference was for that mom to be me.

Heebie's take: The dad comes off looking particularly incompetent, and the implication is that the relatives perceive all men that way. The patriarchy hurts us all!

Hello all! There will be some downtime tomorrow night. Please try to not to panic. Maybe read a book?

Was it a bold power grab when the NCAA levied $60 million in fines (and other punishments) against Penn State?

NCAA head Mark Emmerts no doubt saw in the Jerry Sandusky child-sex-abuse scandal a chance for his organization to jump in, make a fast $60 million, and tighten its stranglehold on collegiate sports--all the while taking the high moral ground and looking as if the association only had the victims' interests at heart.

They're getting sued, but I have no clue what the likely outcome is.

I can get bent out of shape about anything

Every entry on this list of why a small jam-making company is "the best" is annoying, irrelevant, deceptive, or outright false, and it really pisses me off.

Because It's Been So Long Since We've All Seen Each Other

Benquo and Awl will be holding court at Fresh Salt this Friday, 5/31, from about 4:30 until everyone goes home. I'll try to get there after work. Anyone else in?

Update: And tonight (6/3) it'll be Awl and Barry Freed -- location uncertain, but possibly Fresh Salt. I can't make it, but anyone in NY who finds themselves at a loose end should coordinate in comments.

I am looking for awesome campfire and/or trail stories for the eight-year-old range. Any ideas?

(N.B. This kid has somehow not yet been introduced to Tolkien.)

I can't say I'm entirely sure what the relevance of the fact we are requested to note well is, since I had no notion that campfire and/or trail stories typically, or ever, involved Tolkien, and, while she doesn't say by when she requires to be supplied with stories, it seems unlikely that she will be able to memorize one of his books in time to relate it ambulando. But one never knows. I do not have any "set" ideas I can give JM, since when I tell a story on the trail I do so ad libitum, most recently having related the story of how Ivan Ivanovich quarreled with Ivan Nikiforovich—no, not that one, a different one with the same name, and prior to that having delivered learned, made-up discourses on natural history. But perhaps YOU have some ideas.

LW writes: I ran across this book, looking forward to reading it.

I'm interested in daily life in premodern Europe, and biographies and correspondence work better for me than many histories. I actually haven't found a biography of Maria Theresa in English that I like. I'm interested in her social reforms mostly.
This biography's subject:


She married a financier to the Austro-Hungarian imperial court, and in 1798 her husband became the first unconverted Jew in Austria to be granted the title of baron.

Another obscure-sounding piece of period reading that I really liked: Mary Wortley Montagu's letters (wife of an ambassador to Turkey 1716-1718)

Heebie's take: I have no take