Supply chains are mysterious to me, but this is helpful and interesting .

(Except this minor part:

This alive-and-kicking nature is one reason supply chains make such great backdrops for movies. Supply chains are more like characters than props in the stories they feature in.

Marlon Brando's On the Waterfront is set in the pre-containerization days when longshoremen ruled the docks. Chinatown is about Southern California's water supply chain (yes, water supply is also a "supply chain"). The Amitabh Bachchan movie Coolie is about luggage porters on Indian railway stations.

I have seen zero of these movies, but I'm also struggling to think of what, a priori, makes a bad movie setting. This is one of those nuggets you could drop in praise of high schools, convenience stores, dark alleys, forests, cubicle culture, eclectic webzines, etc etc.)

Confession: I was a jerk.

So, I'm curious if my experience generalizes:

I grew up traditionally privileged, and one of the things my parents were keen on was Culture. First, my mom loves ballet, so we went to the ballet a lot. Second, my grandparents lived in NYC, and whenever we were there, we went to see musicals and plays and museums.

I loathed these things. I found the ballet to be miserably boring. I mostly didn't understand the plays and musicals. (I do have a vivid memory of seeing Little Shop of Horrors on Broadway when I was about four. I was old enough to know that movies could be fake but real life was real. So there was this giant plant, in real life, and I watched it eat a person, and screamed my fucking head off in the middle of the play. I remember the red and gold of the lobby where I spent the next hour or so, too.) I found the art museums tiring and dull.

So this graph shows up in pop psychology moments:

[See the bottom of the post. I am having technical difficulties putting the graph here.]

My theory is that there's a version of this that extends to appreciation of what others can do: if you show a kid something that's extremely perfect, then it just comes off looking like a movie or a photograph, or they don't appreciate the skill or complexity. Cartoons can do anything, and so can the best performers and artists, and the line between CGI and professional talent can easily blur for kids.

So if you want to cultivate appreciation, you should expose them to culture that's about two levels beyond what they can produce. Then it's intriguing because what they can produce is context for themselves to appreciate the skill needed to produce the art. In other words, take your 5th grader to the high school play or art gallery, and take your high school kid to the local production, and wait on Broadway and the Met until you know enough to appreciate it. Otherwise you're courting jadedness and giving your kid an opinion that they'll have to actively reverse and overcome later on.

This is either true or I'm providing a great-sounding rationalization to justify my childhood brattiness. Or both! 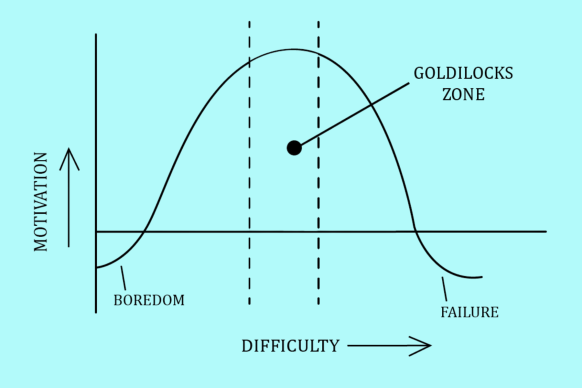 LW writes: There was some loose interest and at least a few participants in reading Eve Babitz' book 'Eve's Hollywood'

Here are a few remarks, it wasn't what I expected, I'm interested to learn what others thought.

Babitz is a gossipy, improvisational writer, presents herself as being supremely confident of her own perceptions.

There have been a few brief exchanges here already about the book as people read, one mentioning the nice description of musicians' attitudes at the Troubador (p.78 of the NYRB edition). It's so easy to respond to her apparent personality; for myself, in chapters subsequent to her childhood, I enjoyed the book more when I could divide out my reactions to her perspective and just consider the numerator so to speak. Doing that here too. IMO the narrower her focus and farther from herself the better she is to read.

I really liked two chapters of the book very much, they were closely observed and well-written about social settings that are now gone, letters from a still-comprehensible past. First, the Pachuco chapter, interesting partly because she didn't editorialize or analyze, just close description, not centered on EB. I also liked that there was a tattoo symbol embedded in the text a lot. I commented here a little about this on first reading it, there's some youtube commentary, some including contemporary pachuco reenactors Also the surfer movie chapter, despite clearly being taken with the culture, she disn't make herself the center of the chapter. I'm envious, it would have been wonderful to be there. Etymology of "radical", p.222, I didn't check the OED if that's the earliest written documentation.

The Watts riot chapter was something else- not just a complete absence of empathy or awareness of possible consequences of something big, but to be willfully misfocussed on the personality quirks of an "interchangeable Californian" which serve her own supercilious takedown of the guy. She was sane and perceptive in describing her family's background environment (dad was a studio musician) in California, both socially and economically, where did that person go? Maybe high, but that's not really an explanation even for such a first draft. On her family, p. 154, she claims that neither her father nor mother care what she does on graduating High School, seems unusual. I didn't know what to make of it, but if that was true, those seem like revealing sentences. She mentions the unemployment building on p. 17.

There's a thinly veiled Gram Parsons chapter, _Rosewood Casket_, not much to say about that, some nice paragraphs of description of both personality and hierarchy. Oh one thing, his father was a pilot, not a musician. I don't read much about contemporary-ish musicians, but there's apparently a Ben Fong-Torres book about GP, has anyone read it? In my hour of darkness would be where I'd suggest to start listening for anyone unfamiliar.

Heebie's take: not one worth writing. I started the book and somehow didn't resume it.

One thing I started watching for was any evidence of interpersonal kindness from EB. She mentions some, in the context of name-dropping Bobby Bausoleil, she put him and his dog up. I couldn't find an obituary, maybe she'll join the discussion.

Lurid writes: Probably worth going through this argument in depth. (Also, a lot of comments from moderates claiming the Democratic party is alienating them, but they seem not terribly specific about the issues other than saying "woke" a lot. I'm not sure if Klein's, Schor's, or anyone else's data suggests that one should discount those comments.)

Anyway, I have one last addition to the Klein/Schor debate:
O
M
F
G

Heebie's take: First, I've been seeing this referenced since LK sent it in, so I'm grateful to have it summed up. I haven't dived in yet.

Teofilo writes: QAnon has decided Michael Flynn is a Satanist based on a weird prayer he gave that seems to have come from a bizarre Cold War doomsday cult. Poor guy!

Without clicking through, try to guess the two problematic parts of that quote! It will be a fun game we play.