I just spent twenty minutes reading the best bits of this story about invasive ants in Texas to Buck and the kids. I'm not going to convey the content of it successfully, which is the typical new-invasive-species-we're-all-going-to-die thing. But some highlights:

Mike hates feral hogs, and has always found it very satisfying to clear those hideous, rooting thugs off a piece of land. He has always been good at it too -- that's why people call him Mike the Hog-a-Nator. (His real name is Mike Foshee.) Recently, he even started marketing his own all-natural hog bait, "Pork Smackâ ¢ Hog Attractant," after months of refining the recipe.

Outside, dead ants began pooling around the base of the house in heaps so high that they looked like discarded coffee grounds. (It's common in Texas these days for a person who is shown one of these heaps of dead ants to take several seconds to realize that the solid surface he or she is scanning for ants actually is the ants.)

Recently, he and his wife were sitting outside, watching a pair of bald eagles settle into a pecan tree for the evening, when Mike looked down and saw one of his bare feet overtaken by ants. He remembers thinking, No, no, no, no, no, no, no, no, running inside and running back out with his AR-15, the assault rifle he uses to take out hogs. He was about to open fire on the ants until his wife chuckled and he realized how ridiculous the situation had become.

"The distressing part," he told me, "is having the feeling of something always crawling on you. Like, if you get around somebody who has lice, and now you're always itching because you know they have lice."

"So it's psychological," I said.

"It's psychological," he said. "And yet, you actually do have them on you."

Read the whole article -- I probably only quoted half the good bits.

Teo writes: Remember those people who decided the best way to help the world was to maximize their income and give lots of money to charities, with a particular focus on one that distributes bed nets to fight malaria because it's allegedly the best return on investment in terms of lives saved? Turns out maybe that wasn't the best choice.

(Snark aside, that post is actually really interesting and a great window into the issues and pitfalls involved in this sort of approach to charity.)

This is very good, and soon everyone will be talking about it, so you might as well read it.

Halford writes: Let's discuss this article! I'm sure it will give us lots to fight about. Needless to say I agree with everything in it 100%, especially the parts that refer to Trapnel as a delusional corporate stooge. Excerpt:

The most vocal and potent political activity of cyberlibertarians has been the defeat of certain governmental regulations (such as SOPA and PIPA, opposition to which was supported and even coordinated by Google), which have turned out to be less anti-corporate than in service to some corporate agendas while attacking others (especially those of "content providers"). They argue that intellectual property does not deserve the protections given to "real" property while offering no substantive challenges to the privileges associated with real property -- a view that J.M. Pederson calls "information exceptionalism."

Cyberlibertarians across the political spectrum focus a great deal on the promotion of tools, objects, software, and policies whose chief benefit is their ability to escape regulation and even law enforcement by the state (including surveillance-avoidant technologies and applications such as Tor, end-to-end encryption, PGP and Cryptocat). They routinely portray government as the enemy of democracy rather than as its potential realization. Generally, they refuse to construe corporate power on the same order as governmental power; in close alignment with libertarianism, they implicitly suggest companies like Google and Facebook should be entirely unconstrained by governmental oversight.

As Mirowski and others have noted, when libertarians talk about "freedom," they are using the word in a different sense from the ones we usually presume in general political conversation. They mean either "economic freedom" (the freedom for capital to do whatever it wants without oversight or regulation) or the related but slightly more general "negative freedom" (roughly, freedom from all governmental regulation). The same is true of the signal cyberlibertarianism keywords: terms like "free" and "open," and terms drawn from business theory like "innovation" and "efficiency." Like "freedom," these words in their ordinary usage point at abstract values with which leftists are likely to endorse. And of course, many things that earn these names are worthy projects and causes.

But the way these words are used in contemporary discussions is highly specialized. "Open" and "free" are used as marketing labels that, once attached to one way of looking at a problem, serve to shut down substantive debate: once one side of the debate is labeled "open" or "free," both corporatist and leftist thinkers tend to presume that that side must be the hospitable one. "Innovation" and "efficiency," especially when used outside of directly economic contexts, function in a different way: leftist thinkers appear to take them to point vaguely to some form of political vanguardism, while rightist thinkers hear in them assurance that their main goals, the accumulation of wealth and power, can continue unabated.

Heebie's take: there are a lot of links in the excerpt which I did not bother to manually insert.

I want to believe that John Kass is the worst columnist for a major American daily, but in my heart, I know it can't be true because Kass seems to believe what he writes, which puts some bound on what he says, while the major league assholes write what they want you to believe--or, as John Emerson will surely tell us, what their paymasters want you to believe.

But when even Newsweek goes with They Will Steal Your Pension, not even the trick of attacking unions from above by paying Kass to attack them from below is working anymore.

It's remarkable how much people have internalized the notion that union members get "special" treatment, which is "unfair" to non-unionized workers. No, union members have just enough power to insist (ever less successfully) that they by treated like human beings. The terms of their employment should be a lower bound on how employees are treated; that so many people are treated worse is yet another scandal of 21st century America. 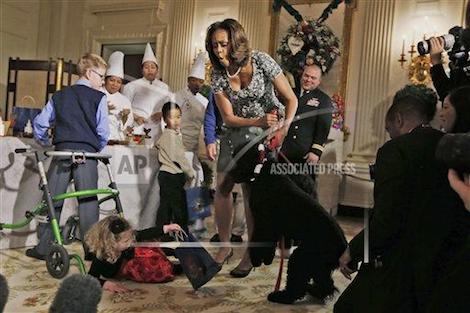 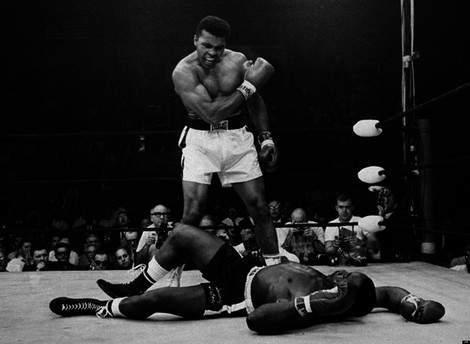 Obviously the team will be cursed.

A sad, old cemetery got dug up in order to make way for a football field. Along the way, they figured out who the graves belonged to, and the descendants are pissed.

It sounds like it should have been handled more better, but basically life is for the living. Sorry, dead people.

Maybe in some people, insomnia is the underlying cause of depression, instead of the other way around. It seems incredibly plausible to me.

It also makes me wonder if that's not part of the mechanism for post-partum depression. I know that by now, I find cat-napping all night long much less stressful than I did right after Hawaii was born. Not that it doesn't accumulate and still lead to fatigue problems, but I'm better able to regulate and handle it along the way.

I would like to propose the following to business school types: that tuition should be charged in proportion to what the faculty in that department earn. Wouldn't that be a nice market-based solution to reduce faculty salary gaps across campus? (It might actually work against me. Maybe I should think this through.)

My uncle peddles a semi-serious theory that wages should be solely determined in inverse proportion to the number of people who want to do the job.

Mr. Smearcase writes in: I imagine this kind of thing has been discussed before, but then so has everything.

I find it convincing except (naturally) for its single ray of hope, that viable resistance tactics include "voting, not voting, running for office, pamphleting, boycotting, organizing, lobbying, protesting, and, when a government becomes destructive of life, liberty, and the pursuit of happiness, we have the right to alter or abolish it." Because most of those are also pretty ineffective. Probably I just like the article because it justifies my inclination to keep taking long, hot showers.

Heebie's take: This article is nice because it's super concrete about the relative worthlessness of individual gestures towards saving the earth. Like Smearcase notes, though, the author is rather unwilling to conclude "...and so we're fucked!" even though it follows neatly from his work.

Art Shouldn't Have to Hurt.

I had fun reading about Irene, who you probably don't remember from The Real World: Seattle, back in 1998. It is a light read.

So, November 30th is over. Is the ACA website working? And, independently, how will the media cover this?

There's parenting, and then there's the best parenting, ie the relentless pursuit of the best college possible.

Most of the families I know aren't the latter (I can think of 1-2?), but I do know a lot of families that will move in order to secure a school district. After this past vacation, I decided that good parenting is like vitamins: you just need to pass some threshold. After that amount, you get diminishing returns, and at a certain point it gets toxic. (I was never quite antagonized enough to trot out this thinly-veiled insult, but I had it locked and loaded.)

What is a rotorvator, anyway

I was out in the kitchen when Coil's "Slur" from Horse Rotorvator came on. I couldn't recognize the tune or the band, but occasionally I thought a snippet sounded something like Leonard Cohen's "Who By Fire", and I thought, a cover of "Who By Fire" by Coil would probably be pretty great.

It turns out that cover comes later on the same album.