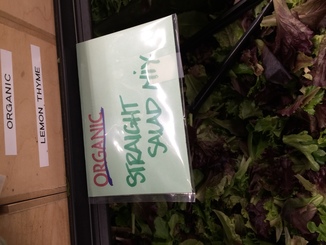 What the utter fuck is going on, North Carolina?

Nick S. writes: One of the post-election stories which I find myself wrestling with is the question of how trolling is an explicit part of right-wing activism. For example this recent story arguing that the sexism of young men (and, in particular, young white men) provides a significant amount of energy drawing people into alt-right, arguing that, "sexism serves as the alt-right gateway drug" and offering a reminder of the connection between Breitbart and Gamergate (which I had either forgotten or didn't know).

One of the feminist targets of Gamergate was gaming journalist Leigh Alexander, who recently wrote about the movement's expansion and convergence with the alt-right movement.

"When I was harassed in an attempt to get me to abandon [progressive critical stances on the relationship between pop culture and politics] during the embarrassment that was 'GamerGate,' everyone told me it was just a radar blip," she wrote.

They said that the hit pieces on Breitbart about me, other women, and progressive voices in technology were just fringe issues. We should not give them any more attention, everyone said. They couldn't have been more wrong.

Now the CEO of Breitbart, Steve Bannon, is an advisor to incoming President Trump. And in the last few weeks all those same old people, the dross of imageboard culture with their same assembly-line right-wing memes, are back in my Twitter timeline letting me know they "won." ... These people's fears, their power fantasies, are now steering the world.

along with this article about trolling which isn't that particularly good, but contains some striking commentary, including:

Trolling can then be seen as just one more way in which reasoned debate is sabotaged. If anything unites trolls, cyber-sexists and conspiracy theorists, it is that they are out to derail the conversation, either for laughs, to shut women up, or to impose their own obsessions. It is not that trolls are necessarily right-wing; often they aren't, though the right is increasingly trollish. Trump himself often gave the impression that he was trying to see what he could get away with saying for the lulz, whether it was claiming that tax avoidance just made him smart, or stating that his plan to profit from foreclosures was 'the kind of thinking our country needs', or denouncing the mothers of dead soldiers. As one of his high-profile alt-right supporters told the Guardian, 'We're the troll army! We're here to win! We're savage!'

Which made me tempted to re-write Tom Lehrer.

...
Remember the war against Clinton?
That's the kind where each of us belongs
Though we may have won all the battles
We had all the good trolls!

If it is true that trolling is an actively right-wing force in contemporary politics that's a depressing conclusion because, when trying to figure out what things one might do to engage politically, the idea of taking trolling seriously is utterly exhausting and terrible. It's clear that it does work -- that it's hard to find any energy to respond to flurries of half-argued talking points.

For example, today I was reading a post by noted computer security expert Bruce Schneier about the ways in which the Trump election motivates him, which was fairly anodyne, but somewhat pointed,and then I started reading the comments and there was just a wave of bullshit which was completely unlike what I'm used to from his blog -- it tends towards older, knowledgeable, techies who are sometimes cynical, sometimes jokey, but generally have a sense of shared camaraderie over the myriad ways in which privacy and computer security are ignored or trampled.

How does one respond to trolls? I have no idea, but it may an important question.

Heebie's take: This is entirely right. The kinds discourse on each the two sides are not compatible, and it is entirely the fault of the far right.*

What do you do with someone who is trying to destroy the discussion/interaction process? Usually you eject them, and if they're a minor, you make some half-hearted attempt to rehabilitate them.

In this case, the answer is that "public conversations" should be thought of as a high-resource situation, like a classroom. A classroom needs a ratio of 1:23 adults to children, or whatever. If you don't have the resources to properly monitor your comments section, you should shut it down. Make it have limited open hours. Put all comments under moderation until the user earns trust.

This is exactly the kind of thing a Chicago alderman should be tweeting.

Given the windchill, it's time for the annual message... pic.twitter.com/rsoWCLiOMo

Welcome to winter, purple ones.

"I'm Not Your Racial Confessor - the black person's burden of managing white emotions in the age of Trump." While this isn't unique to black people - doctors get everyone unloading their medical histories on them, deaf people get the long backstory on how many deaf people one has known/met before, etc - it sounds like these guys have a pretty intense case of it.

I have a very embarrassing confession, which is that over ten years ago, hopefully when I was still beneath the age of accountability, which is 25, but maybe not, I emailed Angry Black Bitch with a thing I'd written where I was wrestling with race. She sent me a polite response, validating my struggle, and kept her eye-roll to herself, for which I am eternally grateful. Maybe this can be a roundabout apology - do people still check pingbacks and who's linking to who and where their traffic is coming from on blogs?

Also, no one unloads on me about anything. Oh, I get "Really? I hate math!" but it's pretty quickly disposed of by telling them they must have had bad math teachers.

E. Messily writes: this seems like something Unfogged would enjoy arguing about.

Heebie's take: Basically, what if the jobs never come back?

Certainly this crisis makes us ask: what comes after work? What would you do without your job as the external discipline that organises your waking life - as the social imperative that gets you up and on your way to the factory, the office, the store, the warehouse, the restaurant, wherever you work and, no matter how much you hate it, keeps you coming back? What would you do if you didn't have to work to receive an income?

And what would society and civilisation be like if we didn't have to 'earn' a living - if leisure was not our choice but our lot? Would we hang out at the local Starbucks, laptops open? Or volunteer to teach children in less-developed places, such as Mississippi? Or smoke weed and watch reality TV all day?

I'm not proposing a fancy thought experiment here. By now these are practical questions because there aren't enough jobs. So it's time we asked even more practical questions. How do you make a living without a job - can you receive income without working for it? Is it possible, to begin with and then, the hard part, is it ethical? If you were raised to believe that work is the index of your value to society - as most of us were - would it feel like cheating to get something for nothing?

First off, I'm halfway through The Magicians, and this is basically the exact problem the kids are struggling with, so no spoilers even though it's a perfect fit. Sorry.

Here's another real-life example: I visited Humboldt County a few times in 2004, and stayed for a week or two each time. The group of friends out there (whom I didn't know very well) all grew pot and had basically as much money as they wanted. The whole situation gave me the willies: they lazed around all day with vague plans for the future. It took hours to actually stand up and go to the store. They reinvented themselves as artists and made a prototype, and then coasted on that identity without actually making any inventory.

I found the situation deeply unsettling, and fled to my structured life. No thanks.

At the same time, I adore my unstructured summer vacation, and think I'd do great as a retired putterer. The difference is that if I'm retired, the world is on a schedule, and I'm pretty good about declaring a fixed time to be Project Time, and Leisure Time, and Nap Time, and Make Dinner time. But when the whole world - ie Humboldt - was not on a schedule, it felt like we were drowing in molasses and I felt slightly panicky about it.

Assorted questions for you

1. What was your least favorite class (due to content, not instructor) in college or high school?

There were classes where I hated the tests - persnickety memory, mostly, like poetry or cellular respiration - but I didn't actually hate the content. Some of my lit courses in high school were over my head, but I think I would have enjoyed them in college. I might have hated a philosophy class, but I never took one, so I don't really know. In general, philosophy always seems to me that they want to reduce or bend a situation, and then argue forever why any choice of bend requires a tradeoff. My feeling tends to be, "it is exactly what it is. Stop perverting it, it's an ambiguous thing by its nature - if you bend or categorize it, you'll distort it." I'm neither a lumper nor a splitter.

3. I'm thinking about getting the I Survived series books for Hawaii. I think I'd have loved them at her age, but they also would have given me nightmares. Is this not a question?

I'm putting forward the moral imperative of dealing with slavery

I enjoyed this interview with Eric Foner, which is from 2015 but which I just read, and you might also enjoy it. You might also castigate me for having posted it on the grounds that it was discussed at the time of its publication, or you might consider me a naÃ¯f and a fool for having enjoyed it. It's up to you, really.

We watched Rocky (released in 1976; good movie!) last night, and the Paulie character in particular is so emotionally unstable and explosive that he almost veers into comedy. He's an unhappy drinker, but I started to wonder, do the movies from this period actually document what it was like to live among Generation Lead?

Comey's announcement tipped voting preferences by 2%. The voting machines in Wayne County are possibly too broken to even make a recount possible. Plus the Russians, which we all knew about and discussed at length in real time - as did Mitch McConnell.

This election was straight-up stolen. 100%. I am still too angry to cope.

If you want to criticize the DNC and Clinton, you are entitled to the same criticisms that you had on November 7th, but not a single other one. (Well, you can criticize how politely we're acquiescing to the theft of the fucking presidential election. That is fair.)