Opposite Day in the land of profiling

Holy shit! Professor opens fire and kills three of her colleagues after learning that she was denied tenure.

I'm sure this is already in the comments. But what am I, a comment-reader?

[See updates below.] A correspondent reports that you need to delete an unwanted Buzz artifact at least three times to fully purge it from your system. (Four times, if you count emptying the trash folder with your free hand, the one that isn't waving a dead chicken.) To wit:

1. From the All Mail folder.

2. From the Buzz tab on your profile page. (May require turning Buzz back on temporarily.)

3. From the Buzz tab in Gmail. (May require turning Buzz back on temporarily.)

Update: Some folks in comments have only needed to delete once or twice. Perplexing.

More Update: The totally official, non-fake way to kill Buzz, from the horse's mouth. Note: it's more complicated than clicking "turn off buzz".

In which I pile on

Google is at, if not beyond, a tipping point of suck. I can't use it reliably to search this blog's archives, which are nothing more than a heap of mostly-static pages. Its contacts system has a clumsy interface and was evidently disastrously unprepared to have privacy semantics forced upon it. All of Google's various web widgets are sprouting cute little buttons that I don't dare click on because I don't know whether the ghost in the machine is going to give me a candy bar or an anal probe. You all down in Mountain View need to step back for a moment and think about what you want to do and how you want to do it.

At least Google Wave didn't automatically share all of your information with your abusive ex-husband.

I've already seen warnings go out to journalists that this could expose their sources and wondered if it could pull back the covers on some anonymous bloggers I know. The more widespread risk would surely be the potential to expose domestic issues, like information about a domestic abuse victim trying to escape a relationship or revealing an affair. When Google set out to create a disruptive technology, I doubt they intended to in this way.

Imagine yourself to better health!

Measurements of cardiac and respiratory activity during actual and mental locomotion at increasing speeds revealed a covariation of heart rate and pulmonary ventilation with the degree of imagined effort. The degree of vegetative activation of a subject mentally running at 12 km/h was comparable to that of a subject actually walking at 5 km/h … in order to dismiss a contribution of peripheral mechanism, a new experiment was designed … During actual exercise, heart and respiration rates increased, first abruptly and then gradually in relation to the level of work … During motor imagery, both heart and ventilatory rate increased immediately after mental exercise was begun. This increase was proportional to the amount of simulated exercise. Heart rate remained about 25% below the level observed during actual exercise.

From Jean Decety, "Do imagined and executed actions share the same neural substrate?", Cognitive Brain Research 3 (1996) 87–93. (You will be unsurprised to learn, given the excerpt, that the answer is "yes", though to one coming off a strong infusion of dynamic systems theorization by Thelen and Smith and its philosophical coöptation by Hurley the accompanying discussion seems not very satisfactory. It is surprising (or is it unsurprising?) how many not-very-overlapping citation networks the same sort of subject can support, both within and across disciplines.)

Amazing. A view of the distant past -- for lack of a better expression -- as an event, not just a story. 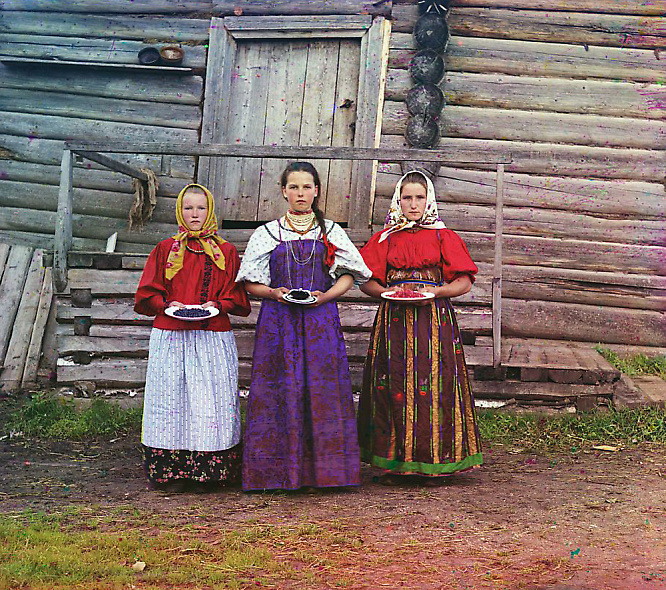 I think we can all agree that Google Buzz sucks the better part of a donkey. O friends and overlords, it needn't be so.

2. The privacy mechanism is byzantine and fragile. Anyone in the world can follow me and consume my digital effluent, unless I block them after the fact, or restrict my audience to just those members of a list of people with nothing in common except I put them all in the same list to work around embrace Buzz's byzantine and fragile privacy mechanism. Let's have something like Twitter instead: a simple public/private distinction, and a way to make being followed opt-in instead of opt-out.

3. It's nice that I can elect to spam my followers' Buzzes with Twitter updates, third-party photo album uploads, every third icanhascheezburger post, and the like. It's not nice that my followees can do the same to me. Let me select what kind of updates appear in my feed.

As a distinguished internet blogger, I'm confident my suggestions will be implemented post-haste. The inclusion of a Standpipe Bridgeplate easter egg as a token of gratitude would be a little over the top, but appreciated nonetheless.

4. Marking a post private by restricting its distribution to a fixed list of people shows everyone on the list the names of everyone else on the list. It took them long enough, but they finally created a Web 2.0 reply-to-all. The obvious solution is to add some analogue of Bcc.

5. I would prefer not to be haunted by dead people. I realize this isn't Google's bailiwick, strictly speaking, but you never know what people will cook up in their 20% time.

Don't Not Ask The Mineshaft: Beings and Time

So here's a question that's been bugging me, based on some conversations with a friend, but which hasn't been put to me directly: How long, after a marriage has gone south, should one expect to go before really, seriously dating again? Like, potential-for-using-the-L-word dating.

My gut response is a lame-o answer of, "Well, it's going to differ depending on the situation." But I'd like to know how these things play out in real life, and I don't even own a divorce. Even if it's a range from sixty minutes to sixty years, I'd appreciate the wisdom of the 'shaft.

I got an email recently which read:

I've recently started creating promotional puppet videos and I thought you might be interested in sharing the idea with the readers of Unfogged. You see, it's basically a video-a-day service through which companies or people can be promoted. Each video lasts about as long as a TV commercial and features one or more of my original puppets. You can read more about it, check out the videos and the informational press page which has the overall idea, widgets, and pictures you can use if you feel like writing about the project here:

It's not just for companies and brands, individuals are welcome to purchase one of the daily time slots to wish someone a happy birthday, send a Valentine, or even propose marriage. What could be a better gift than the performance of a one of a kind puppet skit for someone special? Even if people don't feel like buying a time slot, the videos are pretty amusing. That is if you like puppets blowing up, getting refrigerators dropped on them, and breathing fire. ;)

And who doesn't, amirite? I'm at a loss, but I'm sure the guy will be just as totally interested in feedback you all might have.

From W. Breeze, an analysis of facebook data and networking. It's interesting. (But his graphic isn't very good because it doesn't capture the data that influenced his categorizations. I spent a while trying to figure out if his regions were arbitrary, based on the picture, before reading his descriptions of each region.)

1. The US is split up the way you'd expect.
2. Californians are parochial. Hi Megan!
3. Clearly Mormons are right to be stockpiling food and ammo.

There is more on the site and in the links that might be of interest. Privacy implications are worth a mention (he grabbed all the data from public Facebook pages). Also methodology would be interesting, but I can't find anything on that. When I'm not trolling Unfogged, or reading icanhaz, or other blogs, or checking my email, or picking my nose, I work on a related area so I'd like to know what algorithms he uses.

First Toyota, now Honda, too? This is all part of the Snowbama Snowcialist agenda to get us all buying GM—Gub'mint Motors—cars once again, right?

Both being and time find me in New York City next week, from Saturday 2/13 through Saturday 2/20. Anybody interested in meeting up?

This is my self-indulgent I'll-be-there thread.

It's come to my attention that some of you people haven't yet been taught how to draw a dragon. Watch and learn after the jump.

I can't be the only one who saw Stocks Rally on Hopes of Greek Bailout and wondered what kinds of financial hanky-panky it might entail.

Objectively, your mom dresses you in ways that code as funny.

On Friday, Parenthetical commented "...I was struck by the way almost every single person interviewed coded as poor or working class to me..."

I love this construction. I have been chuckling all weekend.


Mr. Tonks and I are thinking of starting a business but he needs some more samples and I need some ideas. So, tell me, what's your ideal kid's room or playroom look like?

2. From me: What would you put as a lower bound, square-footage-wise, if you were designing a kid's bedroom? What about a lower bound for 2 kids sharing, or for 3 kids sharing? As in, I do believe kids can get along quite well in something closet-sized, but there's not really any reason to go quite that small if you're building, which we may be.

Suppose, hypothetically, you were going to build one room for three kids to share. Suppose your plan was that as they grew older, you could put bookshelves or drywall to subdivide the space if they needed privacy or isolation. How big would you make this room?

(We don't know for sure how many kids we want, etc. I just want to sample square-footage ideas for a plan like this.)

I don't want to forget to mention "Tax" and "Energy"

So great. During her $100,000 teabavaganza, Sarah Palin has "Energy", "Tax" and "Lift American Spirits" and "Budget cuts" written on the palm of her hand. She consults her crib notes during the Q&A.

Please confine your sports talk to this thread

This is a thread for discussing the Super Bowl.

For the music technology nerds

Nick sends some entries my way. Here and here. In short:

But it still strikes me as massively disappointing that the recorded music industry has never really been able to make audio quality a sufficient selling point to discourage people from sharing compressed versions.

I don't know that I find this disappointing exactly. I've never been a huge quality-o-phile, though; I just like to tap my toe to the beat. So maybe I'm not the right one to judge.