Posting quickly from McDonald's. (I do have a real post but I don't think I can swing
It from my phone.) Open thread for political complaints. Or any complaints.

Mossy Character writes: Article on the China-Pakistan Economic Corridor. From a longer report it's based on:

[...]According to IMF, estimates of annual outflows for CPEC-related investment and government-to-government loans would reach $3.5 billion by 2024-2025. [The current Pakistani budget is around $36bn.][...]A state-led land expropriation is now underway in and around Gwadar [...] with an estimated 290,000 acres of land required [...] "No consultation on land use has been held, even with local officials, not even a cosmetic consultation". Landowners say properties have been expropriated without advance notice[...]One model [of agricultural development] could entail purchasing smaller farmers' properties and leasing them back, while guaranteeing the supply of high-quality seeds, low-cost fertiliser and agricultural machinery, as well as good prices for their crops, thus reducing the risks of landlessness and displacement. [What could possibly go wrong?][...]The next mine to come online will be run and staffed by a Chinese company. A well-informed coal industry professional said that thus far the project envisages no guarantees of employment for locals and has involved limited consultation with communities potentially affected.

LW writes: Here is a reinterpretation of Shatner's Kirk.

Kirk, as received through mass culture memory and reflected in its productive imaginary (and subsequent franchise output, including the reboot movies), has little or no basis in Shatner's performance and the television show as aired. Macho, brash Kirk is a mass hallucination.

Her suggestion that Spock's contrasting character leads to a misinterpretation of Kirk seems right to me. Also, "Direction, acting, and writing all contribute to the polyvocality of the televised text," a great sentence, gets at some of it, I think. Shatner's hamminess and the sexy costumes/hairstyles/dramatic conceits of some of the episodes do a lot to overwhelm the textual elements she entertainingly assesses.

Who Wants to Sex Phantombo?

I suppose I'll dip into my road trip stockpile in order to fulfill this second post today that I promised. I think I'm covered, though, so enjoy this from CharleyCarp: the women who have sex with ghosts. It has a similar rhythm to the Men Who Stare at Goats, but also has some differences. Also the first woman in the article to describe her dalliances is named Amethyst Realm. 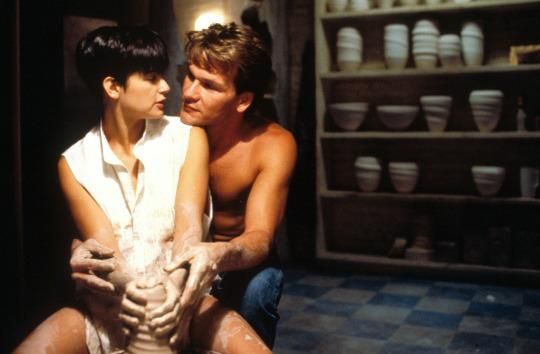 I remember one time reading about a study where they wanted to survey highly suggestible people, and so they put out a call for people who had been abducted by aliens. I don't think the dupes were told that the selection criterion was being used in an insulting way - I think they were given the impression that scientists were finally taking them seriously. (There was a second call as well that selected for suggestible people and I wish to god I could remember it, because I found it so funny.)

I don't generally like sitting through movies, but I made an effort to see Sorry to Bother You, and so we should talk about it.

I will say: the best way to see this movie is not knowing very much about it, so if you're thinking about it, you should probably not read this thread ahead of time. (Spoilers allowed here.)

I feel sort of bad posting a thread which is not a general public thread, so I'll try to throw up a second post this morning, too.

1. It's been so goddamn hot here lately, and probably where you are, too.

2. In conversation with one of my brothers last week, I proposed the following standard for minimum wage: that it should be pegged to the cost of the cheapest two bedroom apartment within a one hour commute of the job. (With some availability criterion.) Is this flawed for some obvious reason? I really like the idea of pitting landlords against bosses and making them duke it out.

3. One of our friends also has a large family, and travels in an RV. Apparently all WalMarts allow you to spend the night in their parking lots, which was far and away the cheapest and easiest way for them to get to their destinations. (They are a solidly progressive family on a tight budget.) Park at Walmart, grab a quick breakfast inside, and get on the road again. This is a case of a business having a good understanding of the needs of their clientele.

It probably also reflects how few national businesses see the impoverished half of the country as their main market. This is not surprising at all, but worth noting. We criticize WalMart a lot, (and rightly so!), but their business plan does interact with extremely poor people in a complicated way (while also perpetuating extreme poverty) - maybe only the Dollar General and that kind of store are other national chains that do so? And beyond that, locally owned businesses?

4. We are doing our own roadtrip starting Wednesday, so this week is a good time to send in your guest posts, as I can generally throw something pre-baked up first thing in the morning from the hotel.

London or London adjacent people, there are plans to meet up with AWB (who is in London) on Wednesday evening. Probably somewhere in or around Bloomsbury.

(Ed. note: I googled, and Bloomsbury seems to be a real place and not a James Joyce reference.)