OMFG. Remember our old discussion the story about how Johnson & Johnson was getting sued because its baby powder was carcinogenic when women used it to stay fresh? In our discussion, there was definitely a sense that it was not clear whether J&J had acted in bad faith because baby powder seems so safe, or whether they knew it was carcinogenic and withheld it from the public.

Guys. Guys. Guess what. Good news! Baby powder is safe, after all! It was the asbestos in the baby powder that was making everyone sick.

Cooperative overlapping -- talking as another person continues to speak -- is typical of Jewish conversational style, according to linguist Deborah Tannen, and can be a way of showing interest and appreciation.

Yes, of course we all know what she means. And maybe it's Jews, or bi-coastal elites, or rootless cosmopolitans, or all the Venn diagram in different ways. We can argue about it in the comments.

This is the part I want to comment on:

Other features of Jewish conversational style include a preference for personal topics, abrupt shifts of topics, unhesitating introduction of new topics and persistence in reintroducing a topic if others don't immediately pick up on it.

Come on, this is just being charming. People who don't do this are people who are so scared of being rude that they're just dull.

I had cause to remember recently that just ten years ago, W. was still president. (Now, it was barely true by December 2008, but I was remembering the summer of 2008 when it was more assuredly true.)

It feels like it's been way longer than ten years, like some wrong end of the telescope to remember that. And I know the mind has a tendency to distort the size of the most recent events, but it feels like the Trump presidency has gone on for fucking ever already. A way slower two years than any two years of Obama's time in office.

(I don't have this dilation when I think about my personal life over this period, but the mind creates domains, and time distorts differently in different areas.)

Anyway, I'm livid this week over the destruction of the butterfly sanctuary in South Texas to make way for this stupid, stupid wall. It's popped up on my radar in a local way since 2016, and I just assumed, naively, that there would be a big, visible battle when push came to shove. That it would register as more than a blip.

Guest Post - wake up the glaciers, things are getting hawt!

Heebie's take: Is there anything more overwhelmingly terrible and unsolvable than climate change? I suppose the situation around Lake Chad.

Also, I hate in heat maps depicting winter when they still color the hottest parts bright red. It gives me a real apocalyptic sad.

Here's a carbon offset for your mood: the cube rule of food. I don't think we've really gone for pedantic arguments about what counts as a sandwich, but I find this official categorization persuasive.

Via one of you, elsewhere

1. It is super dumb to talk about presidential primaries at this point.
2. I like Beto as much as the next guy.
3. Talk of him being the Democratic nominee is annoying me. I feel like he's had it too easy. I don't exactly know what I mean by that, so don't bother poking holes in it.

4. On a different topic, this is right:

Double standards are Paul Ryan being elected at 28 and immediately being given the benefit of his ill-considered policies considered genius; and me winning a primary at 28 to immediately be treated with suspicion & scrutinized, down to my clothing, of being a fraud.

I'm having trouble embedding this tweet, but it's Ocasio-Cortez linking to Ezra Klein, "I gave Paul Ryan the benefit of the doubt. I was wrong."

An acquaintance at the other place is talking about grading papers for their Human Sexuality course. The papers are on My Sexual Autobiography. The acquaintance put the prompt in the comments, which is very detailed and includes how you first learned about sex and sexuality, your first encounters, your first sex or anticipation thereof, and your expectations for future sexual encounters. (It actually has six parts and maybe 30 subprompts.)

It's probably a very good experience for a lot of students to put their sexual identity into a narrative and reflect on it. I guess it's fine. I'm not taking the class, and honestly as an undergrad I would have probably felt very grown up writing out such a thing.

It's still weird, though. Those are private questions!

At one point someone requested a gift recommendation thread, and then last night I regretted not having done it. Let's do it! What are successful gifts for various ages, sorts of people, and price points?

I'll kick things off with my go-to gifts for small children: stomp rockets and doctor's kits. Both for 3-5 year olds or so.

This Toronto artists makes cool stuff, but got severe lead and arsenic poisoning from handling the mussel shells she uses to make her sculptures.

Whenever I read about this, or about microplastics in our blood, or pthalates, or all the other things that scare me, I think there needs to be a 23andme version of a toxicology report: a mail-order service that bypasses the doctor. Something that can be given as a weird-cute gift, almost, although it doesn't quite have the appeal of finding your long-lost cousin. Basically, the knowledge of what's poisoning you needs to be easily accessible and separated from the realm of doctor visits, so that healthy-and-politically-dumb people get riled up enough to demand environmental protections over this stuff. 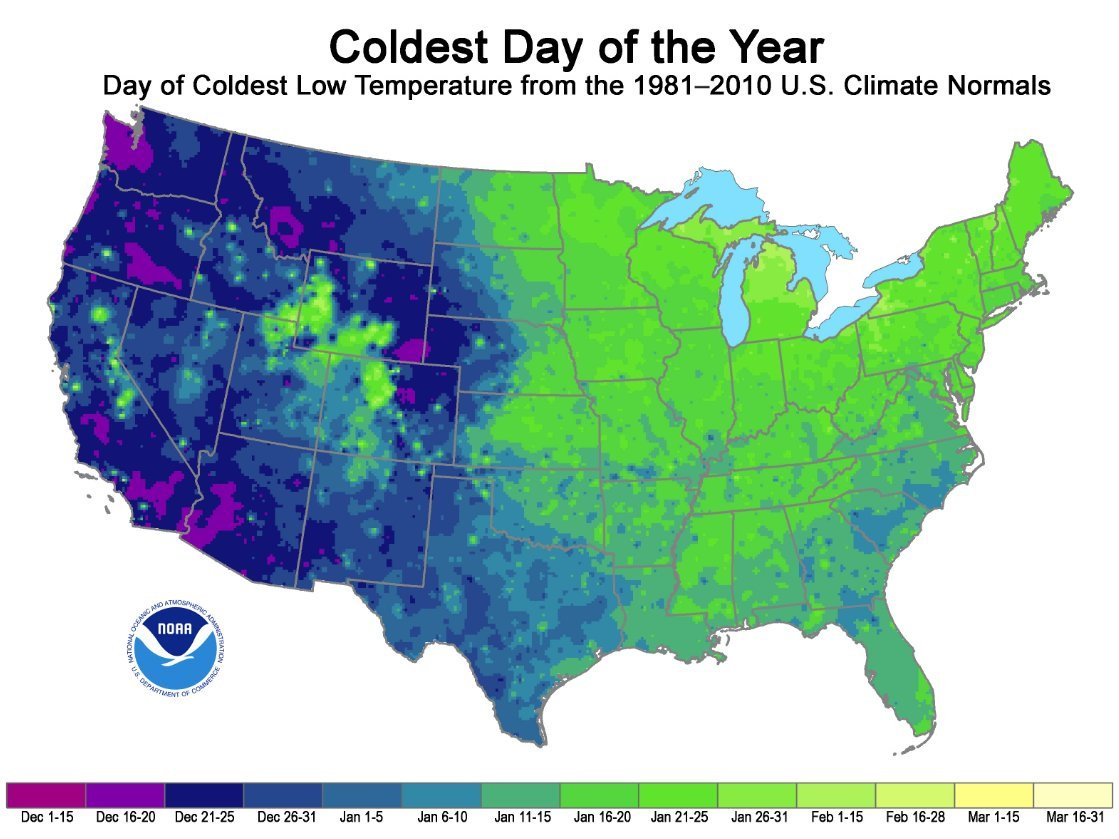 Heebie's take: this needs to be in tandem with the hottest day of the year map, because what I'm concerned about is if it's just a uniform temporal shift, or if certain places have season-compression and expansion. Like, is Michigan's hottest day equally displaced? Or do they have a compressed spring and sprawling fall??? 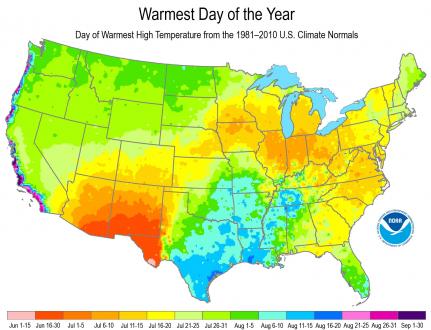 Michigan looks like it has a very short spring and long fall. In contrast, the southwest states look uniformly translated to be early, which is actually right at the actual solstices. In central Texas, we have a compressed fall and elongated spring, which makes me sad. Not sad enough to live in Michigan again, though.