It's his fucking turn; he wants to fucking know

What's the meetup status tomorrow? Are we still going to Pacific Standard?

So who would do that? Meet Evelyn Evelyn.

Cecily describes the mess, over IM:

so there's been a lotta hoopla about it all, from several angles:
(1) people who believed in the sad, sad story of the twins (orphaned, abused, child pornographied, circus freak showed)
and are now upset and feel fooled and lied to by Amanda Palmer and Jason Webley
12:51 PM (2) people who think making up a story about abuse and neglect and et cetera is politically incorrect when all it does is be disturbing and get attention (rather than somehow advocating for or addressing the issues)
12:53 PM (3) people who think the "conjoined twins" aspect of the show is offensive to people with disabilities, in particular real live conjoined twins, who are rare but exist and generally are actually exploited in similar ways to the made-up story in which the twins must rely on able-bodied, normal musicians AP and JW to make them famous and trot them around on tour
me: (gotta go proctor a test, but might be able to hop online from the classroom once they're working.)
Cecily: (okay)
9 minutes
1:03 PM Cecily: (4) very, very vocal fans of (mostly) Amanda Palmer who are angry that anyone would want to censor art, and are vocal about a number of really irritating false analogies and belittling comments
such as, I was raped, and I wasn't offended by [some other AP project in the past, i guess] so you guys are a bunch of whiny PC crybabies
1:04 PM or, I was a victim of child abuse, and I am not offended by the fake twins, so all the disability activists are horrible humorless bitches
or, I am not disabled and I have not been abused, but I totally know people who are, so all you stupid whiners are stupid whiners who don't understand art and stfu
1:05 PM It got very dramatic! Then the offended people (categories 2 and 3) got very angry back at the people in category 4, who immediately conflated all the categories and claimed that anyone who had believed there were actual twins must be "blind, deaf, and very very stupid"

Editors note: Meet the controversey and the response.

1:08 PM anyway, the parts I think are interesting are (a) the ever-surprising (to me) fact that people who are otherwise very socially conscious and thoughtful etc continue to have zero awareness of disability type stuff
1:09 PM I mean, AP/JW would not have been so surprised and hurt by this sort of reaction to made-up black people that turned out to be them in blackface. They might have done the project anyway, but they wouldn't have been astonished by a negative reaction to it
1:10 PM and (b), why is it so hard for people not to conflate all their enemies into a lump group?
I know this is a common thing (othering, anyone?) but still-
the angry defensive supporters of AP seem really not to understand that the people who are upset about portrayals and attitudes about disabilities
1:11 PM are DIFFERENT PEOPLE than the ones who are upset because they thought the twins were real
there are more than one group of people who got upset! they don't believe or think the same things! this is why it is so stupid to have a conversation about anything- blanket dumbass leaping to conclusions and straw men.
anyway
1:12 PM I am more or less on the side of the "disabled feminists" who got into the fray, although I also think AP/JW's intentions were more dumb and clueless and less hostile or meanspirited.
1:13 PM but the whole uproar is kind of astonishing to me, both that the artists seem not to have ever thought that anyone might be upset by this project, and then that everyone else involved seems incapable of seeing any perspective but their own
anyway
I got student meetings but I am more or less around

Perhaps because the tenure system has been in the news, perhaps because I'm nuts, I'm picturing an ambitious, moody young assistant professor, crying, I want to publish like an animal! Doot doop. Doot doot doo-doot doop.

Not to pick on Sifu Tweety, but how is the infamous Cargo Cult different from any other cult*? Its participants probably thought their rituals would "actually" bring cargo the same way Christians think theirs will "actually" bring back Jesus.

Update: I am aware this post contains errors of theology and/or morals. Next time I'll pony up for the imprimatur.

This is a boring post. I'm looking for a new office chair. My current one has broken hydraulics, so I type like a sunken T. Rex. Anyone have strong opinions about desk chairs? Cheapish desk chairs? I should keep it cheapish. Okay then.

I know it's hard for our friends on the east coast, snowlocked and driftbound, short on supplies but long on pluck (and I don't mean the kind which is a form of supplies), with nothing to keep body and soul together but the thought that to do otherwise would be to wrong the kids—I know it's difficult and I wouldn't presume to preach, not when skies are blue here and it hasn't even rained in a good while, and one can walk about in single layers without discomfort. How much less, then, should I presume to offer advice?

Nevertheless: people in snowy areas should break out their grills and invite their friends over. Barbecuing (in the sense in which that is actually grilling and not really barbecuing) in the winter is a fantastic thing to do, even if some of the obvious accompaniments (corn, e.g.) aren't readily available.

Q: What is big and purple and can't climb trees?

My Parents Got Their Dreams Crushed

I find this photo terribly sad: 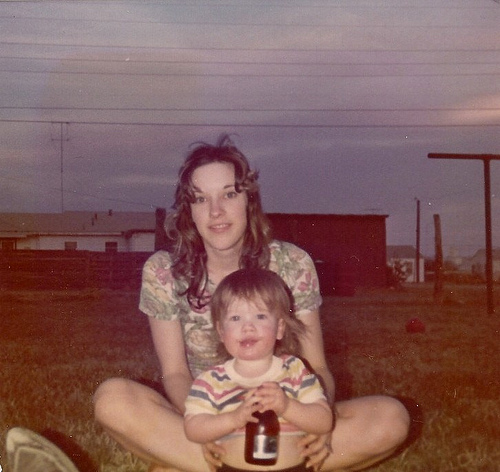 I first saw it back in January (that site has very navigable archives) and it has stayed with me. Upon revisiting it:
1. Yup, still unbearably sad.
2. Does it make it less sad that apparently this was submitted by Jan and not Lance? Possible; she has the adult perspective on how the next two decades unfolded. Also perhaps a sense of humor.

It would help, in watching the luge, if they could CGI a best-fit curve, like the yellow line of scrimmage, so that we could assess how well lugers are are doing on the way down. Or if it would just make us realize that the variations are negligible, then we could oooh over how well they hugged the best fit line.

I am to write five essay questions for high school seniors to pick from and answer one in about 30 minutes. The questions should put them in an ethical pickle, and ask them to defend whichever position they choose. I have to grade whatever I pick. What should I pick?

Both the New York Times and Washington Monthly have had recent articles on the political process surrounding Texas's adoption of new history books and the oversized influence these negotiations have on textbooks used in schools for the rest of the country. An interesting fact buried in the Washington Monthly piece on how the recession has given Texas even more power than usual:

Until recently, Texas's influence was balanced to some degree by the more-liberal pull of California, the nation's largest textbook market. But its economy is in such shambles that California has put off buying new books until at least 2014. This means that McLeroy and his ultraconservative crew have unparalleled power to shape the textbooks that children around the country read for years to come.

What is this burning sensation?

The Electronic Freedom Foundation makes a great point: Google's Superbowl ad was a far more effective ad for why we need search privacy than for their product.

In his downtime he sold his soul

On our first Valentines Day, Jammies and I had been dating for about two weeks. He stopped by my apartment on his way to work and brought me muffins and coffee. I was extremely tickled. It struck the perfect note of being lowkey but thoughtful, and completely unexpected, and I already had butterflies since I'd been trying to get together with him for the past 4+ months, which he had not noticed until I finally just kissed him.

After he left, I threw out the muffins. I was halfway through my Year Of No Desserts, and they struck me as too sugary. The coffee was delicious though.