In honor of my apparently saying it way too much, my business partner bought me a pair of panties that say "totes hot" across the butt. For some unimaginable reason, my husband objects to taking a photo for you guys. He is so weird. Merry Christmas everybody! 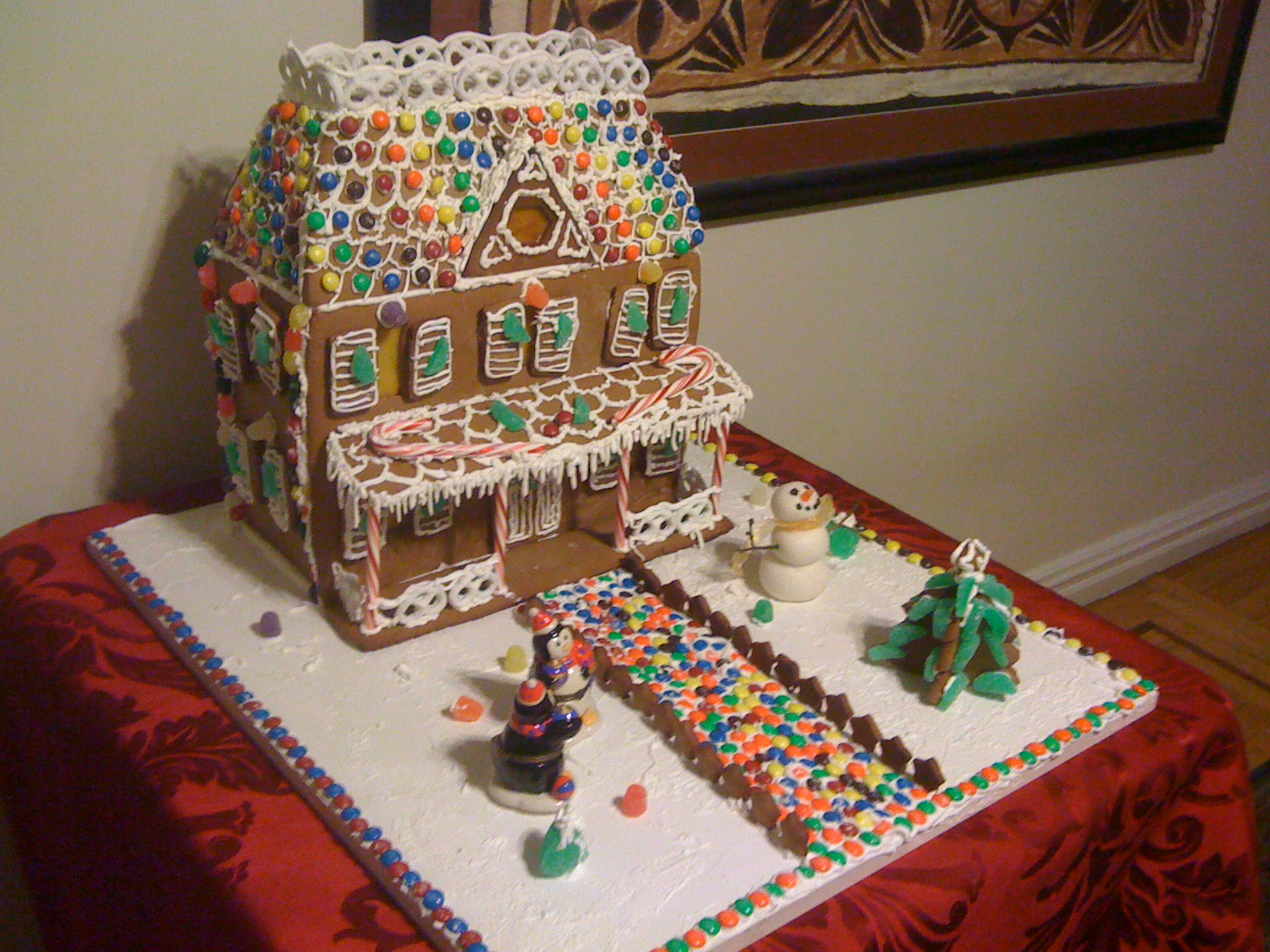 Update below the fold 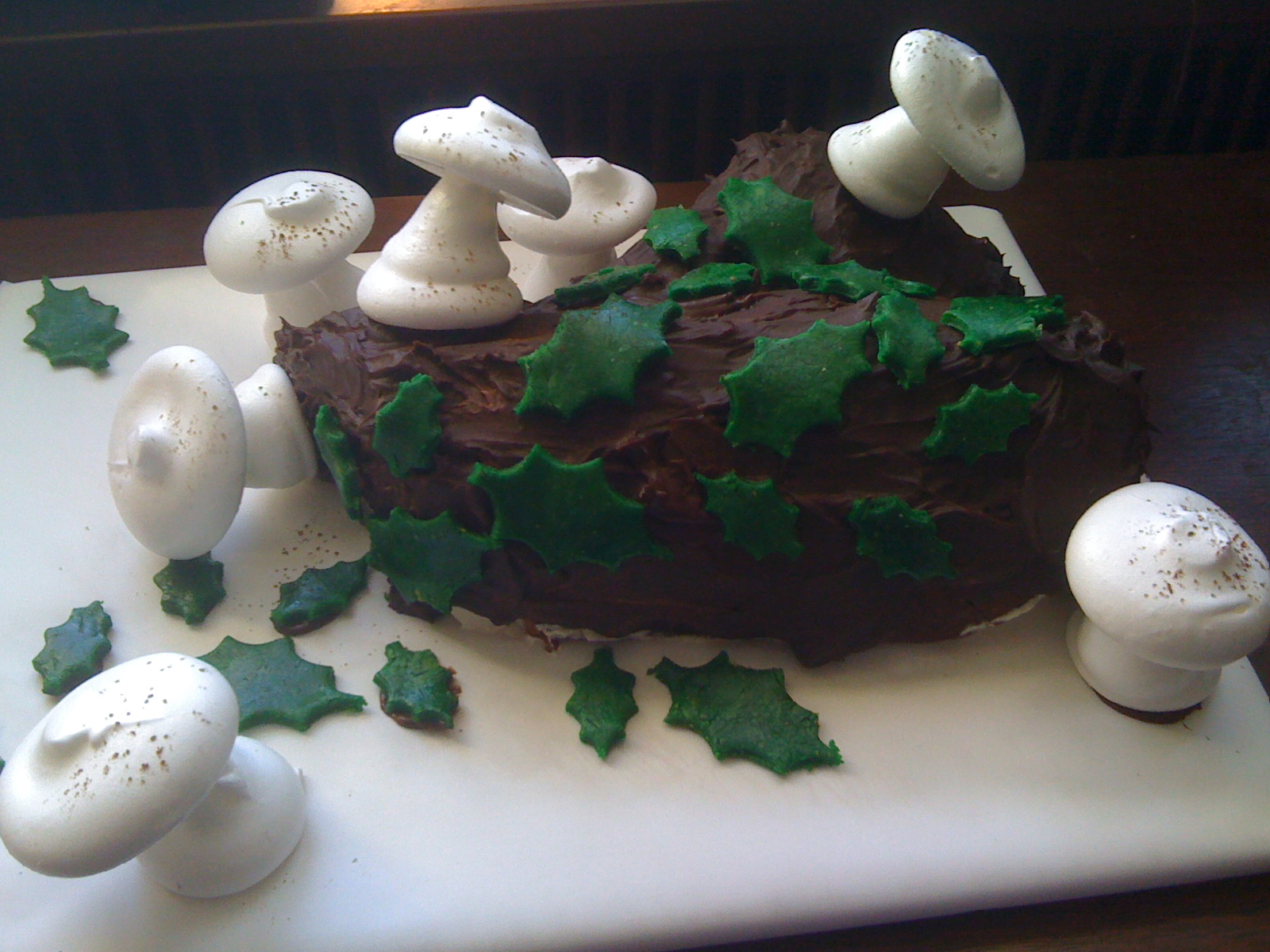 I may have overdone the mushrooms a trifle.

My mother hates it when people write "Xmas".

The thing about the "Merry Christmas" greeting is, I've begun to resent Bill O'Reilly, because when somebody wishes me "Merry Christmas" I can't always tell whether they're just being nice or trying to make a dickish political point. The latter being really annoying.

Which is a shame, because Christmas is lovely. I got some lovely egg nog dominicano from a cow-orker. And I'm giving people all sorts of excellent gifts, which they will appreciate.

I'm so sick. WTF. I hurt my back, which was lame, because it suggests possible looming skeletal dissolution, but whatever, I've stopped caring even though it would normally be a big deal. Because I have a sinus infection? Maybe? And the first 10-day course of antibiotics and steroids didn't fix it, and now I don't feel better even though it's day 3 of the second, ass-kicking course? Rather, I feel as though someone were stabbing me in the eyeballs with icepicks. My hair hurts. The maid next door is sweeping the concrete yard with a broom of stiff twigs and I want to shoot her. And all those birds. It's my favorite time of year and I've done almost nothing useful or fun or Christmassy (OK, by my standards); I'm not making Xmas eve dinner; we aren't having roast beast; I don't know if I'll even feel well enough to come down in the morning and open motherfucking presents. It hurts too much to look at the computer but it also hurts to put a pillow on my head. If I actually have some evil brain-dissolving virus I'll be mad. My husband has been working so hard to do all my lame self-imposed Xmas duties and I'm being peevish and insufficiently gracious because I'm sick and a maniacal perfectionist.

That said, business is good enough I have been able to offer my (unemployed) good friend/sponsee a permanent job at my store, my children are only modestly sick, I'm not in financial want, and yesterday was extra sad because I had to cancel a trip to my new tropical island, which I wanted to show my in-laws (OK, 1/8 of an island. Sad face.) On the whole, everything is embarrassingly wonderful, but I reserve the right to whine briefly because I have had a fever for more than two weeks, and when I'm feverish and half asleep I always think I'm kicking junk and I feel guilty and stupid and hungry for drugs, and JESUS FUCK MY FACE HURTS.

Let's now return to feeling sympathy for the many actually deserving people, such as Halford's friend and his 3-year-old. And my sister, because in a last-ditch effort to save her body from its ravenous, misguided immune system they have decided to try to permanently cripple said immune system with chemotherapy (but then won't she fall victim to a million opportunistic?--shut up). And her doctor wants to do it NOW NOW but she wants to try to extract some eggs from her body before they're all fatally poisoned. I am giving her fertility treatments for Xmas, including choosing her preferred Aryan nation sperm donor (sorry, future husband; the eggs stand a better chance of getting fertilized when fresh) centrifuging out and disposing of the female zygotes because the women in our family are stupid sick, and testing for various things, and fuck is this going to cost $100,000? Oh well, that's what money's for, helping your fucked-up family; it's a well-known fact. I'm getting my mom to wrap up a box of eggs from the grocery store with black x's on some of them to go under the tree. Because my family is mean.

We watched Louis C.K.'s Live at The Beacon Theater last night, which you can download for $5. Apparently it's made over a million dollars so far. Parts of it were so funny that I was crying and honking like a goose, laughing so hard that it was hard to keep up. Some parts weren't that funny. Well worth $5 and an hour of our time, though.

Spoilers allowed in this thread.

I predict that John Boehner and the revolting (ha!) Republicans will "cave" and vote on the two-month payroll-tax-cut extension already passed by the Senate. And by "cave", I mean they'll vote after President Obama throws in some red meat, like no abortions in space or something.

What are your end-of-year predictions?

How many is a Brazilian?

P. fera is widely considered the most venomous species of spider.

Aside from causing intense pain, the venom of the spider can also cause priapism in humans.

In a recent thread we discussed the tradition of visiting nurses in helping low-income families. Now the Pew Center on the States has just released an advocacy brief and short video making what they call "the business case for home visits."

While I'm somewhat ambivalent about Pew's tactics, I do think that funding high-quality, voluntary programs is a pro-social act. (Pew specifically supports the Nurse-Family Partnership, which I don't know much about.)

You can read Pew's brief, or watch a 2-minute video featuring the former head of Proctor & Gamble. Get more on their initiative.

I figure most readers here are broadly supportive of this kind of thing. So my question is: Would it be more valuable to our society if Pew threw its weight behind a real push to reduce income inequality? Seems to me that's a major driver of all of these other negative outcomes.

Funding nice nurses for poor kids is one thing. Making sure those kids and their parents have some prayer of a decent education, job and life prospects is something else entirely. Why not swing for the fences?

From Heebie:
It certainly doesn't have to be either/or, does it? Both nurses and reducing income inequality are nice things. However, the Pew Center doesn't seem to be doing much to reduce income inequality. Looking at the Pew Center's website, they have three economic programs. First, the Dream program, for economic mobility. I don't love the phrase "economic mobility", because it implies that the classes are intact, only people can move freely in between them. But I haven't read anything besides their short blurb on it. Second, a fiscal and budget program, which seems to be mostly hand-wringing over the size of the debt, with a little bit of hand-wringing over longterm unemployment. Lastly they have Subsidyscope, which...I have no idea. I'm just going to post this. Everybody should be more progressive.

I have heard the case that all possible good policies could be subsumed under the heading of Reducing Inequality. Discuss.

I'll tell you what's in the boxes that my parents included in the U-Haul that arrived at our house about two months ago. You tell me whether to keep or purge. Then I'll consider your opinion and hoard everything anyway out of a deep irrational fear that purging childhood stuff feels like killing my parents off.

Boxes 1-6: Books from 5th grade to 12th grade that I didn't love enough to take with me to college (read: too embarrassing to have sitting on my shelves), but loved enough to reread over and over again. Example: Christopher Pike books, Jonathan Livingston Seagull, cheeseball YA books about kidnappings and ghosts and the death of pets, etc.

Keep or purge? Worth saving for our kids?

More to come in the comments as I get to it.

Hoisted from comments, sorry, but there is a ship in town with 1000 Marines headed to Afghanistan, and thus they are all far from home on Christmas. I have invited two Marines to come eat Christmas eve dinner with us; the American Women's Association runs a program by which you can include servicemen and women in your festivities. Normally it's just family but I decided to bend tradition. On the assumption that our Marines are going to be hot (and 19, admittedly) I have also invited my two friends who, as mentioned in comments, have gone without sexual relations for a period I regard as unacceptable, to wit: one year. Not that I actually expect my friends to hook up with the Marines, though they could certainly take them out for a drink afterwards.

The drinking age is 18 in Narnia, because our benevolent technocrat overlords know what they're doing. The idea that you can be a Marine and risk getting killed for your country, and are considered competent to decide who should be president, but you can't have a beer is one of the stupidest things my stupid nation has ever stupidly decided. I mean, really.

The thing is, I regard the situation in Afghanistan as a clusterfuck. Admittedly I only ever hear about it from my aid mercenary friend, so there's selection bias there, but he has consistently said the security situation is just getting worse and worse each time he goes. Places that used to be secured, you can't walk around in anymore. I don't even understand exactly what we're sending these guys to do. Counter-insurgency? OK, but it means making nice with the Taliban, is that really what we're up to these days? I think we should probably avoid the topic.

What specific anecdotes eroded your trust in adults growing up?

Somewhere in the archives I described how my 5th grade teacher rather maliciously carved me out of participating in the end of year school play, over the course of about 2-3 months. Over the entire year, she did a lot to erode my trust, by projecting a lot of cruel motives onto my misbehavior, which was actually just rambunctious and excited and tone deaf to her deeply southern ways.

Kim Jong-il. So many long-term dictators died and/or were ousted this year.

The closing costs for refinancing our house (rolling the home improvement loan together with the original mortgage) is $8500. This seems absurdly high. In the good faith estimate, they've broken it down into pieces that range from $50 to $1500, but of course the categories are largely meaningless to me.

Meh. I don't think I'm being unusually scammed; I just think the system is annoying.

Before we built the addition, I looked into refinancing a few times, and it wasn't worth it. With a mortgage of $120K, and an old interest rate of 6.25%, it would have taken about a decade to make the closing costs outweigh the savings from getting a rate in the 4-5% range. I sometimes wonder about this, with the housing crisis: for how many families are the closing costs too prohibitive to refinance their loan? It works against poorer people.

This construction project required large amounts of liquidity cash - closing costs on the home improvement loan and then again on this refinancing, a lot of one-off things to pay for, etc - and then in the end, our 30 year mortgage monthly payment is barely going up. It is a very close-up example of how wealth favors wealthy people.