It has actually happened to me multiple times that the outside of a bell pepper looks totally fine, and then the inside has gone moldy. I find this so mysterious. How did the spores get in? 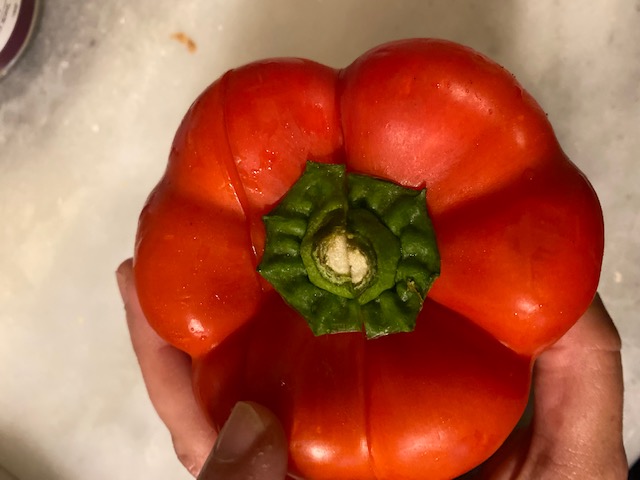 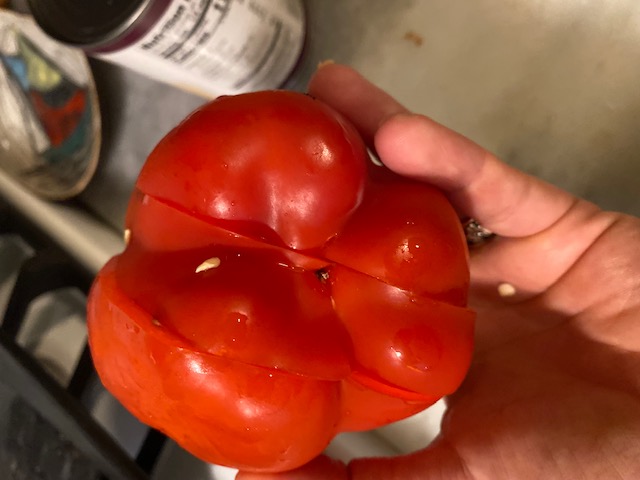 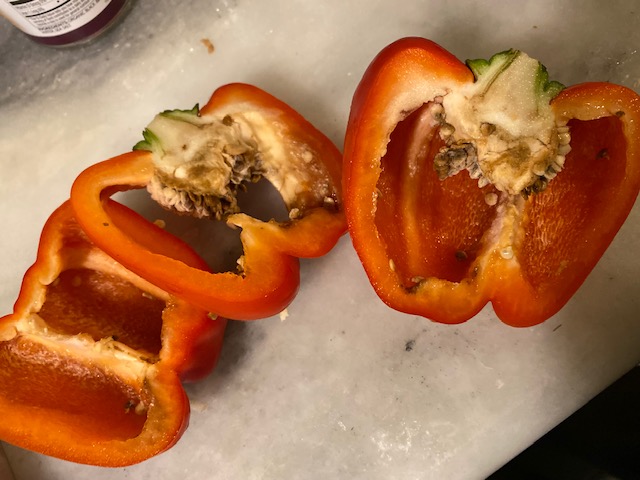 1. wastes its time on the most bullshit circumventions:


Texas school districts have begun receiving donated posters and framed copies of the national motto, "In God We Trust," that they will now be required to display in accordance with a new state law.

I'm just stuck on the legal contortions of not mandating the poster, but mandating that you must display it if it's donated. I am curious if we've been donated one. Also this seems easy to sabotage by mailing In God We Trust posters to schools, decorated with dancing uteruses or whatever.

2. is sending busses of immigrants up to New York, apparently:

Five more busloads of migrants who crossed the border from Mexico into Texas reached New York City on Wednesday as Gov. Greg Abbott escalated his feud with the city's mayor with a victory lap op-ed in the New York Post.

The New York arrivals are an expansion of Abbott's plan to bus migrants voluntarily to Washington, D.C., in April -- an effort that was initially designed to antagonize President Joe Biden as Abbott criticized him over border security. But in recent months, Abbott has gleefully stoked new feuds with the Democratic mayors in Washington and New York as they've complained about the impact of migrants in their cities.

What a dumb fucking stunt to play with people's lives. Although possibly they'll get better legal treatment in New York. I imagine a lot of them have families in Texas and will come down before too long.

A nonprofit that buys medical debt and pays it off.

RIP buys the debts just like any other collection company would -- except instead of trying to profit, they send out notices to consumers saying that their debt has been cleared. To date, RIP has purchased $6.7 billion in unpaid debt and relieved 3.6 million people of debt. The group says retiring $100 in debt costs an average of $1.

It's so darkly dystopic that this is needed.

On a different note, has anyone here tried Mark Cuban's pharmacy?

On an even more different note, has anyone here had Monkeypox?

Obviously the appeals/obstruction process can be weaponized so that reasonable lawsuits grind to a halt and justice is inordinately delayed. But any fix risks compromising the due process of the most vulnerable people who need to navigate a hostile legal environment.

How should I think about reforms? What can be done that would rein in someone like Trump from making the court system dance for years, without inadvertently harming people without resources who need the system to have built-in opportunities to review and reconsider whether justice is being served?

I came across this Volvo concept car that was supposed to be for women, by women, from 2004. Parts of it sound bizarre:

On closer inspection, one could see that there was no hood, that is, no access panel permitting access to the car's engine. Engine maintenance required taking out the whole front end of the car body, preferably in some establishment with the required space and equipment. This was not supposed to happen often, as the engine was designed to need an oil change only after 50,000 km (31,000 mi) and to automatically send a radio message to a garage a short time before any required maintenance.

On the one hand, the physical positioning of looking under a hood always annoys me. I hate holding awkward positions. It would be great if this involved some concept of making the engine available to smaller people. But walling it off completely?!

Filling the windshield washer tank was done by a capless ball valve, right next to the capless gas tank ball valve. Volvo surveys had found (among many other things) that female drivers considered caps to be a major nuisance.

The car featured run-flat tires, like those of wheeled armoured vehicles, in order to be able to drive all the way to a garage after a puncture and thus avoid having to change a tire by the side of the road.

I don't really know what this means, but I like the idea of being able to drive to a garage on a flat tire.

All three doors were motorized for a sensor-based "keyless" entry. Pressing on a single button on the keychain automatically opened the nearest door, making it easy for somebody holding bags of groceries or other sundries to get the things in the car without putting anything down.

It occurs to me that, stereotypically, men don't have their arms full? Men somehow evade maximizing the carrying-function of their upper appendages, according to American Life 101? Fascinating.

My dad got a fancy new car which even one-ups the key-button-door function: all he has to do is sort of wave his leg under the hatchback door, and it pops gently open. It's really convenient.

The interior was maximized for easy storage and good looks. All of the textile panels or textile parts such as the seat pads or the door sides could be removed easily to change the color schemes and vary textures.

I might really enjoy this. Some 70's faux-bois please.

The headrests had indentations to accommodate pony tails.