This will be a success 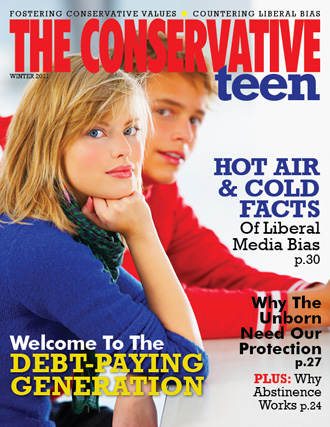 I like the song in this commercial. It's "Heroes" by the band High Tolerance. Here it is again in a PGA spot.

I think about how I'd react if one of my bands got approached about a song placement. (Admittedly, this scenario is far-fetched, but it's fun to daydream.)

I'm okay with it, for the most part. Not for super-evil companies/causes/etc. But otherwise, sure.

Does anyone here feel strongly about The Hunger Games? Maybe we can be like a bunch of Coneheads peering inquisitively at these strange humanoids and the way they are vibrating over the release of this movie.

I did read the first book, and I liked it. And that was that.

It's Not As If Anyone Needs To Work Friday

International man of mystery Ajay is in NYC Thursday; commenters and lurkers alike welcomed to come hang out. Fresh Salt at the usual 6:30/7ish sort of time, or anyplace preferable anyone suggests in comments. (Hotel bar of wherever Ajay's staying in Times Square? It's not as if FS is that spectacular, it's just less annoying than most possible alternatives.)

Update: Fresh Salt it is.

It would be irresponsible not to speculate.

Harvard grad student Nadia Naffe recently filed a criminal harassment complaint against James. Citing insufficient evidence, a judge dismissed the case. Now Nadia is on a scorched earth cyber rampage. "If he wants a fight, bring it on. This is #WAR," she tweeted last night, after retweeting outraged utterances from an unofficial Rubio4President account about James' "rape barn." On her personal blog, she is currently on part two of a sprawling anti-O'Keefe opus.

FL noted long ago that RM Hare built the bridge on the river Kwai. Bernard Williams, as is well known, was in the RAF. (One wonders if he attended the "lecture on anoxia" to which he refers in Descartes: the Project of Pure Inquiry ("One symptom was blue finger-nails; another was over-confidence, which led one to neglect such things as blue finger-nails") pursuant to his training.) Unknown to me until recently was that celebrated classicist Bernard Knox fought the fascists in Spain and parachuted in uniform behind Allied lines in France in WW2. Now, however, it is known not only to me, but to you as well.

Go read this, via J. Robot, about the rift between Chomsky and linguist Daniel Everett, over whether the language of the PirahÃ£ people in the Amazon has recursion.

[It's] worth asking whether Everett actually has it right. Answering that question is not straightforward, in part because it hinges on a bit of grammar that no one except linguists ever thinks about. It's also made tricky by the fact that Everett is the foremost expert on this language, called PirahÃ£, and one of only a handful of outsiders who can speak it, making it tough for others to weigh in and leading his critics to wonder aloud if he has somehow rigged the results.

More than any of that, though, his claim is difficult to verify because linguistics is populated by a deeply factionalized group of scholars who can't agree on what they're arguing about and who tend to dismiss their opponents as morons or frauds or both. Such divisions exist, to varying degrees, in all disciplines, but linguists seem uncommonly hostile. The word "brutal" comes up again and again, as do "spiteful," "ridiculous," and "childish."

(Chomsky comes off like an utter jerk, among other things.)

Also, I just finished reading State of Wonder by Anne Patchett, and that book is blurring together with this article in my mind. And full disclosure: we had a cat named Chomsky, when I was growing up.

I may have to start going to games just so I can hold up a sign saying "Matthew 6:5-7".

I just this evening learned of Arnica montana. I don't know squat about the effectiveness of homeopathic treatments, but I do love the name.

It makes me imagine hypothetical new species' names. For instance, Arnica duncania: it's supposed to fix your schools, but no one can really tell if it's working.

Chris Y sends this along:


(I'm sweeping when an older gentleman comes up. Note that I'm female.)
Customer: "It's good to see you doing that."
Me: "Oh...um...thank you."
Customer: "So many of you young ladies these days are d*** fem'nists."
Me: "Actually, sir, I am a feminist. It's just a little dirty, so I need to clean up."
Customer: "You d*** fem'nists! Taking jobs from real 'Mericans who need jobs."
Me: "Sir, I was born in this country. I'm a third generation American. Being a feminist makes me no less American than you. I just support women's rights."
Customer: "That ain't 'Merican! Women ain't 'Merican!"
Me: *speechless*

If you're on a friending spree on FB, you should send a message to the person saying who you are on Unfogged. And then the other person should respond with who they are.

Also, let's all agree: starting now, it is not embarrassing to send someone a FB message and say "I forgot who you are on Unfogged", because our real names are just gibberish and it's hard to remember who is who.

Good lord. Apparently it's not unheard of for employers to ask for your Facebook password, (and other online login info and passwords) so they can log in and see whatever you have marked private.

One of many examples:

Chief Deputy Rusty Thomas defended the practice, saying applicants have a right to refuse. But no one has ever done so. Thomas said that "speaks well of the people we have apply."

Yes, how nice that your applicants are so compliant.

Ok, I can see that the previous one isn't terribly interesting to you peoplefolks. But check this out: Robert Fripp looking at things.

There are many things I dislike

<p>&ldquo;I have a foolish habit of reading periodicals,&rdquo;, says Ernest in “The Critic as Artist”, “and it seems to me that most modern criticism is perfectly valueless”. He was (represented as) talking, of course, about criticism of art and literature. Of course! But it would not be out of keeping with the spirit of the dialogue to say the same thing about criticism about criticism. Thus, while I am on record as disliking n+1, I do not think that we have here the solidest brief against them. Consider:

The editorial sets out to define, once and for all, what precisely makes an elitist, and here is where it arrives: "The main culprits turn out to be people for whom a monied and therefore educated background lies behind the adoption of aesthetic, intellectual, or political values that demur from the money-making mandate that otherwise dominates society." It's not an easy sentence to read. It sounds a bit like n+1 attended a seminar on how to write a thesis sentence and this is what the teacher put on the chalkboard after taking too many suggestions from the class. But why write a sentence this difficult when the article is at its most crucial moment?

It is argumentatively important that in fact this sentence is hard to understand, because, as the author goes on to say, in the face of a hard-to-understand criteria our dull and limited heads require examples, and then, you see, the provider of the examples determines or at least influences our future applications of the rule: “It gives n+1 the ability to include the example of the humanities professor, and to forget the one about the kids from Harvard who started a literary magazine.” But this specific charge and the whole general argument built up on if not precisely its edifice then suspicions like unto those it is meant to evoke kind of founders, I think, on the fact that it is not a difficult sentence to read, at all. (Lest it be thought that my standards are leading me astray: I checked with Kotsko, and he agreed.)

But wait! It's not just in making points against n+1 that this article is baffling, it is also in praising it: “Discussing the ways elitism codes itself into language, the editors of n+1 offer, ‘When Al Gore said his favorite book was Stendhal's Red and the Black, this could be boiled down to mean, You know what? I'm an upper-class guy who went to Harvard.’ It's a great observation -- the kind n+1 editorials are full of.” Problem: while, speaking of the kind of observation that is, we may correctly observe that n+1 editorials are full of it, that observation is not "great", but, actually, rather superficial. As n+1 bafflingly says in the article under discussion, overreaching for a pun and failing miserably, "[c]ynical common sense, a draught of table wine Bourdieu, permits you to see through this maneuver". (The Am. Circus commentary on this line is "whatever the fuck that means", which is strange, because the previous paragraph of the n+1 piece is about "left-wing French sociologist Pierre Bourdieu". So…)

Park your disgust and outrage here.

I'm sorry for your loss, but no.

This story was on NPR just now, on my way in to work:

Karen and Robert Capato were married for only a few months before Robert was diagnosed with esophageal cancer in 2000. Fearing that his chemotherapy treatment might leave him sterile, Robert deposited sperm at a fertility clinic before his treatment began...

Less than four months later, Robert died at the age of 44. Karen then resumed the couple's attempt to have another child. And in 2003, after a successful round of in vitro fertilization using her husband's sperm, she gave birth to twins....As she had with her other child, she immediately applied for survivors benefits for the twins, based on Robert's earnings under the Social Security system. But the agency denied the claim.

...In its brief setting out its arguments, the government maintains that posthumously conceived children fall outside the class of children entitled to survivors benefits because "they were brought into being by a surviving parent with the knowledge that the deceased biological parent will not be able to contribute wages for their support."

The administration also makes a states' rights argument, contending that "child-parent relationships are generally determined by state law" and that nothing in the Social Security Act "suggests that Congress intended to depart from that approach."

You're not a survivor if you're conceived after the bad, unexpected event. You are not entitled to survivor benefits for a child you choose to conceive after your spouse dies. End of story.

Where Goodwill sends our clothes. (Interesting topic but this is a puff piece.) Anyway:

Today, we only hang on to about 21 percent of the clothing we buy every year.

This can't possibly be true. Even factoring in that kids have almost 100% yearly turnover of clothes. The best I can figure is that many of the people who aren't fashionistas actually purchase almost no clothes, and thus 79% of nothing is nothing. Or they purchase socks and underpants and wear 79% of them to death within a year.

It must mean that the typical person gets rid of four items for every five items that they purchase. In other words, that most of us are at closet capacity and trying to keep at a fixed amount of clothing. In any case, this doesn't say anything about the quantity of turnover.

(The Average Household Spent $1,760 on Clothes in 2007, so there's that. So what, about $150/month for a family of four? Excessive, but I actually would have guessed we spent more.)

Also the end of the article implies that it's bad for Africa to be downhill of our clothing excess. That seems like a weird consequence to focus on, as opposed to the 85% of discards that end up in landfills, or the environmental problems and worker conditions associated with making all the damn clothes in the first place.