This article is a treasure trove if one is immature.

Notwithstanding having mentioned her in a recent post, I've been seemingly immune to the allure of Katy Perry—a bit of a surprise, actually, as I'm normally a sucker for gumdrop pop music.

However, I'm sorry to report that the widely circulating Perry/Elmo video, along with the attendant controversy over said video, has a chorus on repeat in my head of Elmo singing that damn song. I'll spare you by not linking the video and, if you've managed to avoid it so far, advise sternly against viewing or listening to it.

My tax dollars at work.

The Commonwealth of Virginia shuffled someone off tonight.

I'm sure that really showed 'em.

In my more pretentious moments, you can find me toting a Moleskine* notebook, into which I dot various random crap. (For instance: I just opened a previously filled-up notebook, and it's reminding me of when I learned what a hurdy gurdy was.)

Anyway, I was flipping through the current, unfilled-up one, and I have a page set aside for "Interesting Minor Historic Figures" on which page is one name only: Rafer Johnson. (I'm pretty sure he came up here.)

I intended to add more names at some point (probably with an eye towards songwriting, truth be told). So, if you're bored on a lazy (and really rather hot, here) September night: any favorite minor historic people of note?

*In fairness, it's really not about the brand as much as durability. I used to carry the cheapo Mead spiral-type notebooks, but when carried in my back pocket they tended to fall apart.

Reconsidering clinical study design so that fewer people die along the way. I found the little blurb interesting, but haven't clicked through to read the links or figure out what the acronyms mean, because I'm prioritizing getting shit done for work.

You've probably seen this already: a U. Chicago law professor complaining that with a family income somewhere between $250,000 and $450,000, his budget (which he itemized in a certain amount of detail) is tight enough that it's an unjust imposition to pay any higher taxes. Brad DeLong, among others, took his post apart:

[I don't know why DeLong has x'ed-out Henderson's name, but that's what the strings of xes represents.] Professor Xxxx Xxxxxxxxx's problem is that he thinks that he ought to be able to pay off student loans, contribute to retirement savings vehicles, build equity, drive new cars, live in a big expensive house, send his children to private school, and still have plenty of cash at the end of the month for the $200 restaurant meals, the $1000 a night resort hotel rooms, and the $75,000 automobiles. And even half a million dollars a year cannot be you all of that.

The interesting bit of DeLong's post, though, is the amount of empathy he shows for how Henderson's deluding himself. DeLong's is in a similar economic position, and has a real sense of why Henderson thinks the way he does:

Thus Professor Xxxx Xxxxxxxxx in 1980 would have known who the really rich were, and they would on average have had about four times his income--more, considerably more, but not a huge gulf. He would have known people who were truly rich, and he would have seen himself as one of them--or as almost one of them.

Now fast forward to today. Today a household at the bottom of the 1% rich households in America has an income of nearly $400,000 a year--the income of that slot in the labor market has more than doubled, while the incomes of those at the slot at the bottom of the 10% wealthy has grown by only 20% in two decades. The 900 people he knows in the 90%-99% slots have incomes that start at $110,000 a year. Compared to Xxxx Xxxxxxxxx's $455,000, they are barely middle class--"How can they afford cell phones?" Xxxxxxxxx sometimes wonders.

I think the generational point is a very good one, and worth talking about: I have the sense that 25-30 years ago, the high-income but not terribly wealthy class felt a lot closer, in terms of consumption, to really wealthy people. The divide between how seriously rich people (say, the top .5% income bracket) can live, and how the merely high-income can live is wider. And while Henderson's an idiot, the post title isn't only sarcastic: I'm lower-income than either DeLong or Henderson, but close enough to recognize the dynamic DeLong's talking about, and it is sometimes hard not to feel like Henderson does. Reasonable people talk themselves out of it, of course, but the error is an attractive one.

Round Up The Usual Suspects

K-sky is in NYC next week, which constitutes a perfectly good excuse to have some drinks. Tuesday, 9/21, after work (which generally means sevenish), and there's no real reason to pretend we're not going to end up at Fresh Salt. [Psych! Reverse psychology works. We'll be at The Ginger Man, on 36th between Fifth and Madison. Whoever gets there first should head for the couchy area in the back and see if you can stake out some space.] You can lobby for another location if you've got a good idea, but that trick never works.

Boy, this is fun.

Christine O'Donnell is a witch! A witch, I tell you!

Icy-Hot would probably work but I don't have any.

Is there any way to get rid of a crick in your neck? I'm honestly a bit skeptical of massage. It always seems like it feels good while it's being massaged*, but afterwards goes back to feeling the same. And sometimes the massaged spot feels way more sore the next day than it otherwise would have.

* Actually I get kind of bored during massages. So I don't really seek them out.

One time my advisor said he had a migraine. I asked if he still wanted to meet, and he said yes, but he'd let me know if he needed to end our meeting early. We met for the whole hour, as usual. At the end, I said that I hoped he felt better, and was there anything I could do? He said "Yes, could you work on this spot near my neck?" and plopped down in the chair in front of me.

SO UNCOMFORTABLE! I would have massaged that spot with a ten-foot pole if I'd had one. I sort of kept my arm as extended as possible while going in circles with my thumb on the spot. The door was open. I didn't want the door closed, but I also didn't want anyone to walk by and see us. (So obviously I told everyone as soon as I got out. It's funny!)

Anyway, I'm sure he really was in a lot of pain. And he's generally socially tone-deaf, so this wasn't actually creepy. But back to the point: my neck hurts. What should I do?

The team of psychologists monitoring the health of the Chilean miners sounds a bit sadistic.

Turned out pretty, no? 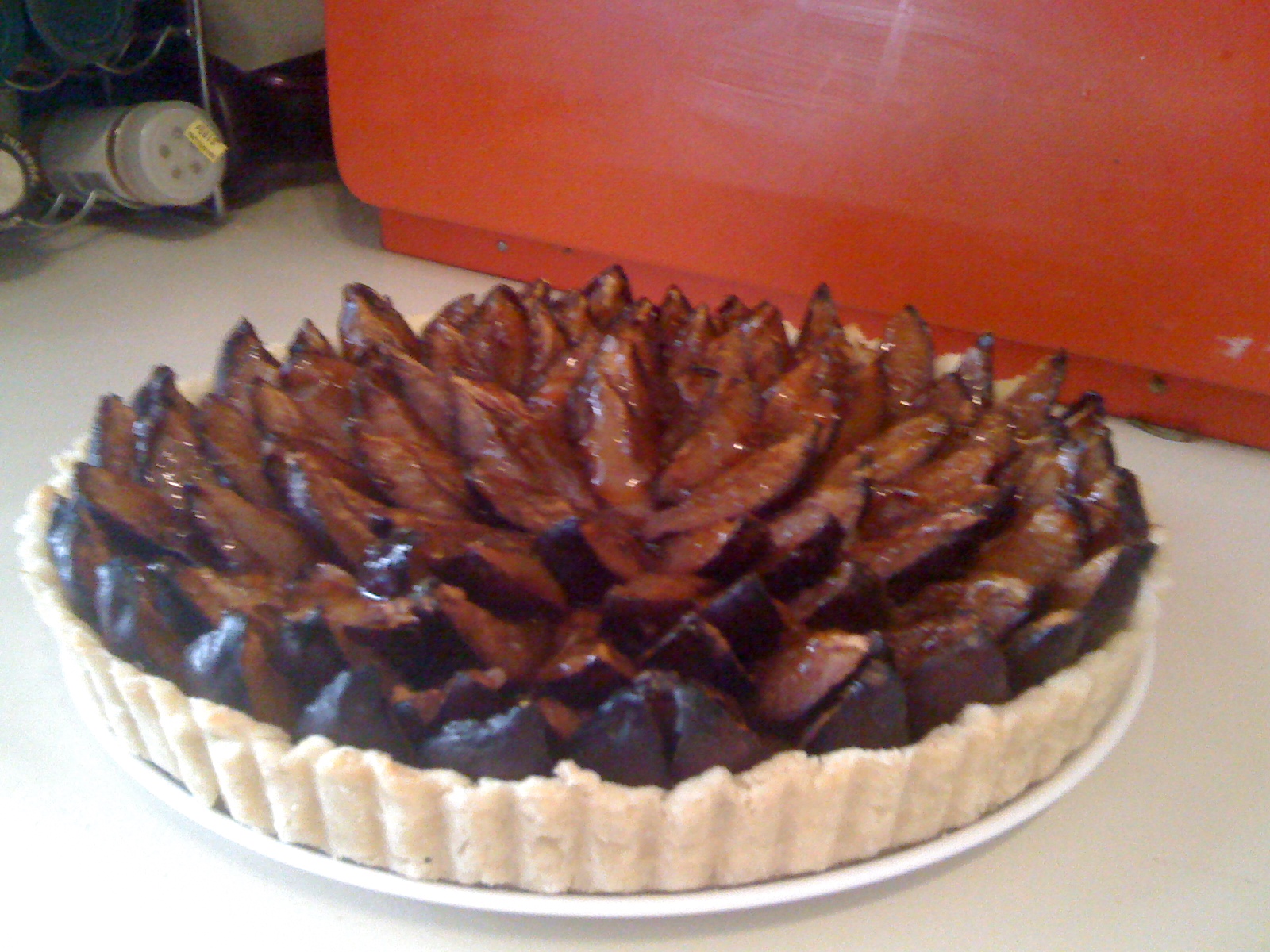 Who needs a big bear hug?

Is this article overstating the plight of our men?

The one part that felt weird to me is the transcript of the men's support group. The person leading the group seems to whip the group up into a "You're getting screwed! You're the bitch in your own household!" frenzy, and then there's no resolution offered. The class is offered as an alternative to jail time for men who have missed child-support payments, but it reads like you're sending tax evaders to Glenn Beck for reformation.

Other than that, all the descriptors of how power is shifting from men to women are facts that we already know to true: men losing the bulk of the jobs in the Great Recession, women holding more undergrad degrees than men, being successful at your job often depends on ability to focus, communicate, and get along with others, which are inculcated in girls more successfully than in boys.

Also, I'm taking this quote totally out of context:

because it jarred me into realizing that - say at work - I really do generally expect women to be more level-headed and cool, and men to be more emotional and prone to getting riled up. The old stereotype of the hysterical female doesn't resonate except for the television-based storylines about couples' relationships, and particularly teenagers.

So what have we learned here?

Never give up, sure. But sometimes it pays to review the literature first.