I've got two acquaintances in my FB feed, where I see their spouse and think, "Your husband [happens to be a husband in both cases] is totally closeted." Then I feel bad for not letting the husband just be whoever the hell he is, without judgment. Just let them give off whatever vibe they give without inferring anything about their private life, right? I haven't met the husband in either case. Still can't shake the feeling, though.

Nick S writes: It has often been said about Hillary Clinton that one of the things that makes her look best is the quality (or lack thereof) of opposition that she inspires. Sady Doyle wrote a long (and effective) piece on that theme, talking about the range of behavior for which people criticize Clinton.

This plays out on the level of personal expression, too: Women are supposedly over-emotional, whereas men make stern, logical, intelligent judgments. So, if Hillary raises her voice, gets angry, cries, or (apparently) even makes a sarcastic joke at a man's expense, she will be seen as bitchy, crazy, cruel and dangerous. (Remember the "NO WONDER BILL'S AFRAID" headlines after she raised her voice at a Benghazi hearing; remember the mass freak-out over her "emotional meltdown" when someone thought she might be crying during a concession speech.) She absolutely cannot express negative emotion in public. But people have emotions, and women are supposed to have more of them than men, so if Hillary avoids them -- if she speaks strictly in calm, logical, detached terms, to avoid being seen as crazy -- we find her "cold," call her "robotic" and "calculating," and wonder why she doesn't express her "feminine side." Again, she's going to be faulted for feminine weakness or lack of femininity, and both are damaging.

Okay, so she can never be sad, angry, or impatient. That's not a ban on all emotion, right? You'd think the one clear path to avoiding the "bitchy" or "cold" descriptors would be to put on a happy face, and admit to emotions only when they are positive. You'd think that, and you'd be wrong: It turns out, people fucking hate it when Hillary Clinton smiles or laughs in public. Hillary Clinton's laugh gets played in attack ads; it has routinely been called "a cackle" (like a witch, right? Because she's old, and female, like a witch); frozen stills of Hillary laughing are routinely used to make her look "crazy" in conservative media. She can't be sad or angry, but she also can't be happy or amused, and she also can't refrain from expressing any of those emotions. There is literally no way out of this one. Anything she does is wrong.

Heebie's take: This is sort of the opposite point - carrying on with judgment - but anyway I keep finding her more personally appealing. Politically, nothing has changed except she will go which way the wind blows, and maybe the wind will blow her leftward. But the wooden-charisma thing seems to be improving. 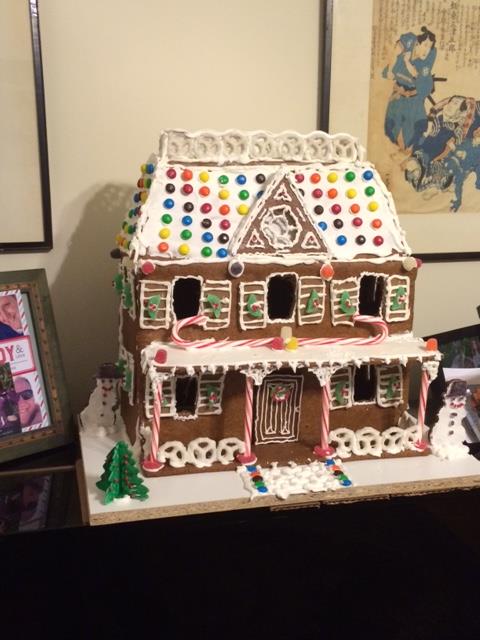 Sixteen for dinner tomorrow -- it's going to get ugly. Wish me luck!

It was a nice movie! Spoilers allowed.

Dairy Queen writes: I hadn't really imagined that my regular stops by unfogged and Tom & Lorenzo would ever converge, but I think at some point over the last year or so someone here discovered T&L's Miss Universe posts. So gather round chickadees and enjoy!

Heebie's take: I forgot about T&L! I used to read their detailed descriptions of the clothes on Mad Men.

Guesses in comments, answer at the link.


the median distance Americans live from their mother is ___ miles

Now step to the left

A new hope.. Longformthinkpiece arguing that the US is trending liberal. It made me feel good.

A reminder about averages

Whether a situation like the above—where the majority of elements are exactly equal and larger than everything else—is remotely likely, or even remotely possible, with respect to the project of periodically closing all "below-average schools", or even whether it makes sense, or is desirable, to make policies based on the reduction of everything about a school to a single numerical score which can then be averaged with the scores of all other schools, is irrelevant if your scorn for such a project is based primarily on the putative mathematical fact that it will lead inevitably to only one school being open.

My kids love and are frightened by this music. They ask for it, then they run away. Between this and some dances in full regalia--before it turned into a genocide--you can see why white people were scared shitless of Native Americans.

"How many days until Christmas?" says Hokey Pokey.

Jammies' answer, on Monday evening:
Today is over.
Tuesday is day 1
Wednesday is day 2.
Thursday is day 3. So Christmas is 3 days away.

I mean, you think you know someone.

So what do you personally, materialistically, want for xmas this year? I have bought myself boots, books and clothes.

And The Twelfth, Virtual Nation

I can't find anything in the archives about this, so perhaps the 11 nations of North America haven't been discussed here before. You can scroll down to the descriptions if you're feeling lazy.