Since the Tree of Life shooting, I've been thinking about passing a bit. Since the vast majority of Jews in America have the option of passing visually undetected, anti-Semitism has to occur against practicing Jews, as primary targets. Non-practicing Jews are not dealing with the same situation as practicing Jews. (And by "practicing" I don't mean beliefs so much as being an active part of a community, whether it be a JCC or your neighborhood or whatever.) (Things that, in the absence of a critical mass of a Jewish population, require a bit of dedication and intention of purpose.)

I have jumbled up thoughts about solidarity, cowardice, fraudulence, identity, and so on, and I'm curious to hear what thoughts you all have.

This is obviously not restricted to Jews. Aside from mixed-race people, another group that I know has a complicated relationship to passing is bisexuals, because if they're in a primary relationship, the world assumes they're exclusive to that gender, and so they have to keep actively coming out in a way that you don't if your public behavior matches your orientation.

Finally, it comes up with regards to being flat, as well. I do pass at work, by wearing prosthetics, but they're not as comfortable as I expected them to be, and so it comes with a cost. But going flat exposes you to either a restricted wardrobe or people staring, or perpetually explaining yourself, and I haven't really figured out how to navigate this.

For example, participants from collectivist cultures like China and Japan are less likely to spare the young over the old--perhaps, the researchers hypothesized, because of a greater emphasis on respecting the elderly.

And, in what boils down to the essential question of the trolley problem, the researchers found that the sheer number of people in harm's way wasn't always the dominant factor in choosing which group should be spared. The results showed that participants from individualistic cultures, like the UK and US, placed a stronger emphasis on sparing more lives given all the other choices--perhaps, in the authors' views, because of the greater emphasis on the value of each individual.

The researchers seem a bit pat in how they explain the cultural difference. The whole thing was framed in terms of self-driving cars, not trolleys.

Son of a prominent Ferguson activist was lynched? It is not a major news network and while this link is an article without photos, the follow-up links they provide have photos and I am 100% not going to click through and see photos.

LW writes: I've been watching GLOW, which gets much better midway through the first season.

A marginal film producer recruits a band of random ladies who consent to trying to work as televised lady wrestlers. I've been especially interested in the show's treatment of wrestling as embryonic or minimal theater. Other work with a similar interest in wrestling: The Mountain Goats' Beat the Champ and Darren Aronofsky's 2008 film The Wrestler. I'm sure there are others; Darnielle mentions Bob Mould as having an interest in wrestling in an interview with the Guardian. I'm going to ignore unfortunate work like Nacho Libre.

Performance that doesn't aspire to anything (like TV wrestling) clarifies social dynamics between the audience and the performers. With GLOW, the performers and Sam make unflattering guesses about what their audience wants and indeed, they pull in people who respond to caricature and exaggeration but not much else. I liked that this was a dialectic-- Sam and the ladies needed some kind of revenue and so attention, the caricature wasn't just something that came from a pre-existing audience's interest, it's a synthetic process that requires at least two participants.

Aronofsky's movie emphasizes wrestling being a way to perform outsize, exaggerated sex roles. That's much less emphasized in GLOW, certainly not for Brie's character. I don't have anything coherent to say about equivalent dynamics between role and character for GLOW, to the extent it's there it's either minor characters or IMO badly written for and acted by Gilpin. There's a class role interlude for Kia Stevens' character that I liked, but it's a short interlude.

Darnielle's novel, Wolf in White Van, has as a central theme an even more limited mode of interaction between people, mail in role-playing adventure games. That's an almost ritual interaction, an even more simplified form of performance (writing under time constraints) and audience interest.

I'm unlikely to flesh this out into an actual sophomore paper-- I hope people like this perspective and respond with their own remarks.

Heebie's take:
1. I adored GLOW from the get-go, but haven't watched Season 2 yet.

3. I watched the first two episodes of Jane the Virgin, and you all are the best! It's exactly what I want to watch. The telenovela-with-a-wink is very reminiscent of Ugly Betty, which I also enjoyed a lot.

1. Knock off Halloween costumes made me laugh. I'm sure one of you will tell me that "Pubescent Frog of Silent War" is clearly faked, and know what? keep it to yourself. I'm sorry it's too pure for you.

2. I also laughed at this. Cartoonist here without the dumb tagline that I couldn't easily get rid of. 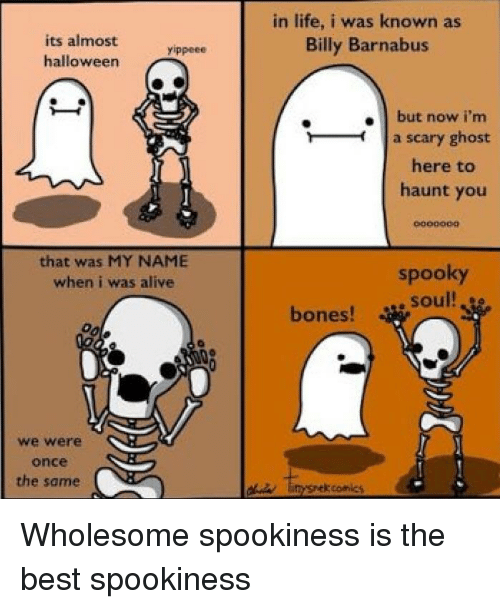 As a colleague was saying earlier (earlier than 8 a.m....), the Muslim ban was a roadmap for this. Trump tries it out, courts knock it down but leave breadcrumbs for how to do the thing the president wants to do

Lurid Keyaki writes: A week to go. This is addressing me pretty directly:

We don't have months, or weeks, or even another second to spend recuperating. We have eight days.

But it's hard! Being schooled on your own powerlessness by a minority takes the breath out of you. They have the power. That is the point. If it were so easily won away from them, we wouldn't be in this political situation, which is not new but stretches back centuries and will extend far beyond the end of our lives. It may be devastating to those who thought they had leverage within the white patriarchy to experience what it's like for people who've never had that illusion, who've never believed that speaking up or writing to senators or even voting would improve their lot. ... This is where hope becomes a tactical necessity.

I feel unusually horrible, though.

Heebie's take: This also resonates with me:

Lots of American women, especially white middle-class women, are new to intense progressive engagement; their energies are necessary and may be game changing. But they're also perhaps most likely to be shocked by the revelation of the limits of their power. Aditi Juneja, the lawyer, activist, and co-creator of the Resistance Manual, told me while I was reporting my book that she'd noticed over her years organizing that white women tended to have "faith that if they voice their opinions to their representatives, that they will be heard, that they will have influence." To Juneja, this stood in stark contrast to assumptions made by activists of color, who often expressed "no faith that politicians will see that there is any cost to disappointing black and brown people."

Living in a red state, I would qualify it as thus: I have an expectation that if I voice my opinion to the people who claim to be my allies, I will be heard and have influence (modulo circumstances). I know that the Latino community in Heebieville feels less trust in the matter.

The linked post is worried that the wind will go out of new activists' sails at the very last minute. I agree that they're probably bracing themselves not to get their heart broken, but who knows if this would actually sabotage things next week. I assume not? but why test it?

We can all safely agree that this week is highly anxiety-provoking.

Bringing It All Together

Are we absolutely certain that it was Obama, and not Stephen A. Smith, who sent white people over the edge?

American football has everything you'd need in a sport. There's incredible athleticism, spread out across a wide range of body types, from small and super quick to enormous with Herculean strength, and there's speed, agility, skill, timing, the forward pass! direct competition between teams and individuals, intricate strategy, huge crowds, high stakes, toughness, barely-controlled violence, you name it!

So what a failure of imagination that football can be so. damn. boring. Now that we've lost the fight for democracy and a habitable planet, we can turn our human ingenuity to melding American football's many advantages with rugby's continuous action (minus the idiotic scrum), for a truly great sport the whole world can enjoy (as it burns (under the heel of the dicatator)).

You've all probably seen this, but the "I'm not saying he's a racist, but..." is such a brilliant piece of rhetoric. Tell us, sir, why do all these homosexuals keep sucking your cock?

As my grandmother used to say -- a hit dog will holler. pic.twitter.com/kC34Ldd0is

So the frightening rightwinger won the election in Brazil?

Dairy Queen writes: Shameless self-interested request for post! We are considering purchasing a pressure cooker. We are going for the high end, so in the running are the Breville electric model and the Fissler stove-top model. Advice, experience, thoughts???

We cook a lot, including lots of pulses and stew-y things, hence interest in pressure cooker. A big motivation is to reduce energy usage, and we are on municipal power so that a very large percentage of the electricity in the house is from non-carbon sources. On that front we are leaning towards the electric mode. On the other hand - small flat, limited counter and cupboard space, the electric one would be more of a pain. Also all the buttons seem annoying.

Heebie's take: We're in a big old dinner rut where I'm sick of everything we usually make. That's mostly a function of this semester being unreasonably overscheduled, and so we're cutting as many corners as possible, which means a lot of sloppy joes, the same 2 or 3 pastas, tuna salad, and that kind of thing over and over and over again.