This state is a death cult. 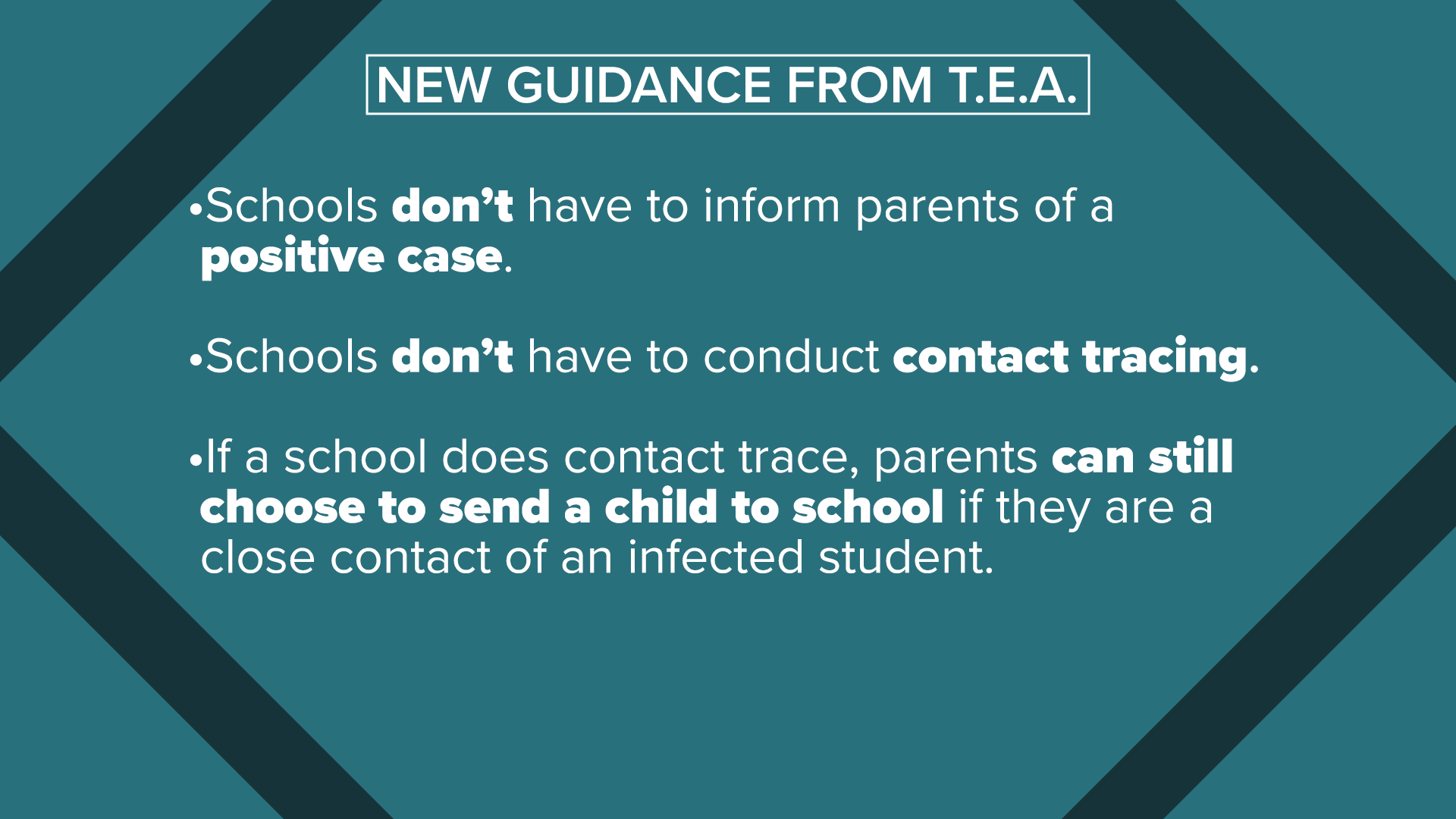 Also my cousin's school district sent out a communication that if you send your kid in wearing a mask, and the kid takes it off, they will not remind the kid to put their mask back on. (Ours has not communicated anything.)

Environmental advocates believe TerraCycle's core business is actually just providing greenwashing services to corporations that want to look like they are doing something about plastic waste. In fact, they believe these corporations are making and selling ever more disposable plastic products -- and then making it your problem instead of theirs.

TerraCycle has a similarly itsy-bitsy recycling volume. Szaky told Vox that TerraCycle, on average, collects 217 tons of waste per month through its mail-in program from the entire continental United States. The small town of Mamaroneck, New York, recycles more than that in a year. New York City alone produces 12,000 tons of waste per day.

Let's zoom out from the small impact of TerraCycle's recycling programs and look at the question of whether recycling should even be the goal here.

"Pretty much anything is technically recyclable if you throw enough money, hours, and energy at it," says John Hocevar, Greenpeace USA's oceans campaign director. He has been working with corporations to get them to phase out single-use plastics, and increasingly sees them turn to TerraCycle instead. "That doesn't mean it's a good idea or that it makes sense from an economic or environmental perspective."

Plastic degrades every time you process it into another plastic product; it can't be recycled back through the system endlessly. It's always downcycled, or turned into a material that is less valuable, until that too ends up in the landfill. Or, it's incinerated, which can pollute local communities with toxic emissions and release greenhouse gases. Some chemical companies are promoting a new type of recycling called chemical recycling, where plastic is broken down into its chemical components to be used as energy or reformed into new plastic, but environmental groups say this process is just as polluting and energy-intensive, if it is even scalable.

I thought of this article, which was previously linked on unfogged.

That makes the point that the purpose of recycling is to turn waste into a product that has value. If it costs more to recycle than the value of the resulting product the business is vaporware (or needs subsidies).

Recycling is the globe's bizarro commodity, created by the richest people on Earth and sold to the developing world. Like all commodities, its price reflects a staggering string of interconnected happenings. Your 2011-era empty Coke bottle wasn't just worth a lot because of high oil prices--it was worth a lot because Pakistan had suffered devastating monsoons in the summer of 2010. Flooding in the Indus River was one of a cascading series of events that sent cotton, in April 2011, to its highest nominal price since records began in 1870. Jeans were going to be more expensive, Levi's announced. And so, it turned out, was recycled PET plastic, because for Chinese manufacturers of articles like teddy bears and blue jeans, polyester fibers made from old plastic bottles were a cost-effective replacement for cotton. Cotton was up; plastic was up; recycled PET prices went up. As when cotton hit its previous high price in 1995, the scramble was on for old bottles. Which you, American reader, the world's leading consumer of soda and bottled water, had in spades.

It is currently, you may have heard, not a good time to be in the business of collecting and selling household recycling. Americans are still diligently filling our blue bags with everything we can, but there are fewer places for our dirty goods to go to find redemption. That's in part thanks to China's 2017 decision to shut the door on imports of recycled materials, ending a two-decade stretch during which the U.S. came to rely on the country to take and process about 70 percent of its used paper and 40 percent of its used plastic. In 2017, Republic Services, the second-largest waste collector in the U.S., was selling about 35 percent of its recyclables to China. By the end of 2018, China's National Sword policy, which banned plastics outright and placed strict standards on paper imports, brought that number down to 1 percent.

Heebie's take: I am flooded with such intense anxiety on this topic (and more broadly, environmental and climate change issues) that I have a hard time saying anything useful. (I yearn for an ethical leader who enough power to right the ship to order us all around, presumably some sort of Grand Inquisitor-Greta Thunberg mash-up.)

Mega #thread on #exploretalent & the phenomenon of failed aspiring entertainers of the Right Some context: in the late 90's-early 00's, there were numerous nationwide talent searches that would advertise at the high schools in Southern California 1/

Once I attended a search, & when my dad found out they were intending on putting me on the internet, he demanded my photos back & rescinded any permission to use my likeness These searches "presented" themselves as different "companies" 2/

#exploretalent is a live database that quite literally is the stitching together of numerous databases & different technologies. That's why the site is weird. It also looks very similar to early #facebook You can even register to vote, "like" "friend" etc 3/

First up we have #LaurenBoebert of CO's 3rd district. Boebert ran on the "they're comin for yer guns" lie Boebert has no political experience & didn't earn her GED until after filing as a candidate. She was also in #Jan6 & live tweeted Pelosi's location 4/ https://t.co/gKU03V0nmC

Then a different thread, with a bunch more rally attendees and their IMDB profiles.

None of this would matter if elections weren't so close.

Apparently four officers from the Capitol who were there on 1/6 have committed suicide so far. That is horrible.

I am having an internal battle with myself on whether to speculate. People commit suicide for complex reasons. Speculation is immature. I myself am sometimes immature. My superego keeps making me erase my attempts at speculation so I suppose I should leave it for the comments.

CDC has dramatically underutilized the fact that COVID attacks men's penises and can cause erectile dysfunction.

I seriously think messaging on this would improve vax rates: an image of a wet noodle next to a picture of someone getting the shot and the words "You Choose."

~1 in 3 men with #COVID19 reported erectile dysfunction. So, get #vaccinated *and* #MaskUpToKeepItUp

Unfortunately I read the study abstract in the second tweet and its sample size is 25 people who had COVID and 75 who didn't, matched with propensity scores? Who knows how many questionnaire items they tested before they found this one.

Still, can't hurt to spread the possibility far and wide. (Thanks to dq for retweeting both of these.)

Heebie's take: Jammies told me that kids today have nicknamed anti-vaxxers "spreadnecks", which I think is just great.

(Also for a moment I thought he'd said "spreadniks". Obviously "redneck" is a play on sunburnt necks of outside caucasian laborers, and "-nik" has existed as a suffix since nogoodniks started importing such suffixes, but is there any link between these two? I bet not. I don't see "redneck" as having been a play on "rednik" and "beatnik/nogoodnik" would not have had anything to do with riffing on rednecks. So I guess it's just convergent linguistics.

I was pregnant at the same time as one of my dear friends in Texas, who gave her baby the middle name of Rinn. Five years later when our kids were starting school together, I discovered that the middle name of the girl was actually Wren. So nik/neck crossover seems perfectly plausible, even if it didn't actually happen.)

Ok, back to the limp-dicked anti-vaxxers!