âI think about the labor shortage a lot, because it seems to be constantly affecting everyone I know both on the labor side and on the consumer side. I've never seen so many pro-union and pro-labor memes in my life. Which is great.

What I am not seeing is any integration of the labor shortage conversation with the immigration conversation. I don't have any grand unified theory of causality - there are far more proximal causes of the labor shortage. And I'm not making any claims about the trade-offs involved between having a larger labor supply which is easier to exploit and a smaller labor supply which is causing a strain, but leveraging its power a teeny bit. I'm just saying it's a complicated situation, and immigration is closely tied to labor supply and it's odd that no one is discussing this. (At least on my limited news circuit.)

I am using up my One Free Predictions Post today, out of lethargy.

My 2022 predictions:
- Covid will actually seem truly over by the time the elections come around, as in fully integrated into life going forward, and widespread agreement of it.
- The media will breathlessly create Biden's disapproval by repetitively harping on how, despite the popularity of his policies, people seem vaguely dissatisfied with life.
- Congress will in fact pass a watered down new voting rights bill and the rest of BBB, also watered down, but still a sizable amount of money.
- We'll still lose control of congress.
- There will still be no recession.

None of these are me going out on much of a limb, I note.

Back in December 2019, I think it was, I made some plans about how to be deal with clutter around the house. I had this extensive analogy of how dealing with clutter has a lot of parallels to weight loss: you need to be aware of how much is coming into your house and how much is going out, being in maintenance is different from being in a slimming phase or in a gaining phase, some people have natural predispositions one way or the other and find it easy or hard. My plan was to take it like a long slow sensible diet: implement small habits, slowly over time, and only make changes that I was willing to maintain for the rest of my life. I think this was December 2019, but I'm not entirely sure.

So, from January 2020 until roughly June 2021, I was on stimulants. All of a sudden I wasn't so paralyzed around clutter. It was significantly easier to pick a small pile and wade through it, and purge or put stuff away. (I will be forever grateful that if I was only ever going to get one year on stimulants, I spent it on my year at home. I think of it as my Flowers For Algernon year.)

For six months now, I've been off stimulants and on Wellbutrin, which does about 1/3-1/2 of what the stimulants did. Where I'm at now is that the clutter is harder for me to ignore than it was pre-medication, but I'm still paralyzed around what to do with it. It's kind of awful. The weight loss analogy is still very vivid for me, though.

I finally made a resolution, back in the middle of November, that the easiest place to start was to majorly crack down on what comes in the house. Granted, the kids are the biggest source of stuff coming in, and I don't know how to stem that very well. Anyway, as far as my own tendencies towards accumulation, this resolution seems borne from a place of seriousness. I've somehow finally internalized the notion that the house is very full, and when I look at something that seems like a nice thing to have, I'm able to remember that the house is very full. Baby steps.

(First, I have a feeling that no matter what I post, all we are in the mood to talk about is Omicron. It does feel like this is the wave that will get us all.)

Anyway: Did anyone get anything unexpectedly great as a gift over the weekend? I am materialistic enough that I would enjoy hearing about the best presents.

Also, I find this meme impossibly sweet and it has stuck with me since I saw it: 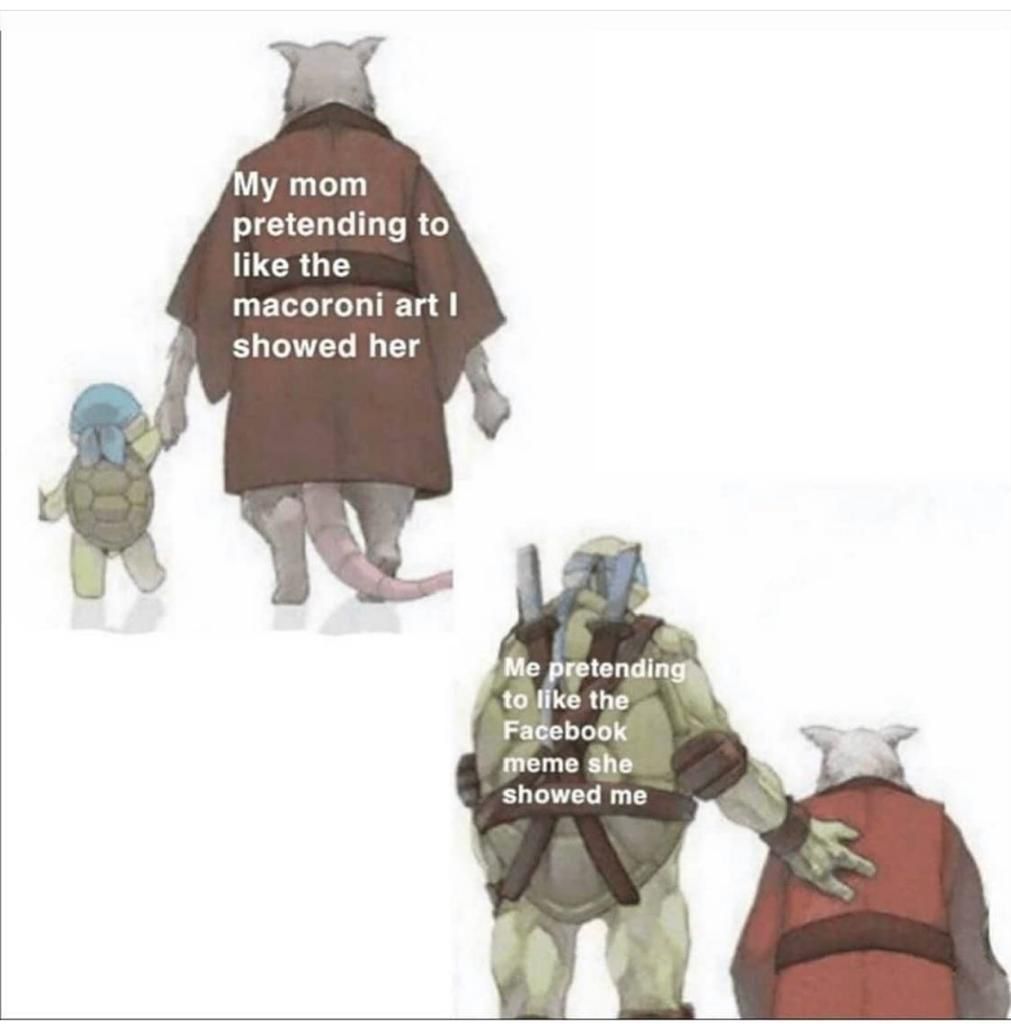