So, meeting up tonight at 8 at Whiskey Tavern. Prolly Oudemia, Mr. Blandings and I assorted other reprobates will be there. Email me for my number should things go awry.
PS setting off, dudes. I have a pixie cut and a long pink dress if you're looking for me (yes, and I want to sex Mutumbo).

I wanted to bring you a live feed from today's John Yoo protest, but it turns out it's not where I thought it was.

At this point, I feel rather defeatist about attending these sorts of things, not because I think Yoo's position is at all defensible. Rather, I'm just not sure what's to be accomplished by a protest of him. I suppose it's something like, make him aware, at every available opportunity, that many people were and remain outraged at his behavior, and to continue to do so for as long as he's showing his face in public.

But it's hard for me to feel particularly jazzed-up about doing so, even though I agree in principle. This is probably a personal shortcoming, and it bugs me.

Anyhow: don't live camera feeds feel sort of quaint, in a 2001 sort of way? Like, you can see this place Whenever. You. Want. Man. Whoa.

This (rather quite long) video about AFOL (Adult Fans Of Lego) is neat. I particularly liked the part near the end where the guy (who's doing Lego stuff professionally) mentions not wanting to get to the point of dreading having to build something.

That's really a risk when one turns a hobby into a career, and I worry about it a lot with playing music. (To be clear about music: for me it's not at all a career, but it's certainly the stated goal to quit our jobs and do it full time.)

Plus: Legos, hooray! Indorktrinate your nearest wee one today!

Thank you sir, may I have another?

Why progressives will never get anything except the shit end of the stick.

This has been going on forever, far beyond the health care process. After all, aside from contempt for the establishment media, the single greatest fuel for the rise of the liberal blogosphere was contempt for the Democratic Party's corporatism -- i.e., the fact that progressives had no influence within the Party, and Party leaders, TNR-style, spent far more energy scorning the Left than the Republicans. That's what is somewhat ironic about the blogosphere's almost-unanimous support for this health care bill (as well as their increasingly rabid, TNR-style demonization campaign against the handful of people on the Left who actually stuck to their guns and who are thus now viewed as worse than Pol Pot): namely, even if supporting the bill is the right thing to do, this conduct has reinforced and strengthened the powerlessness of progressives, i.e., the very problem the blogosphere was devoted to subverting. There's a reason why so many progressive Beltway bloggers now turn to the war-supporting, Lieberman-loving, Left-bashing Jonathan Chait as the guide for what All Good Progressives do and think; that's the model that's being strengthened here. [...]

Again, whether progressives are doing the right thing by changing their minds and supporting the health care bill is a separate question from the one I'm discussing here. I never argued for this bill's defeat, so that's not my issue; I think that's a reasonable debate to have. As I said, it perfectly reasonable to oppose something all along and then -- one the process is over -- decide [you'll] accept what you previously said you wouldn't. But what's not reasonable [is] to pretend that Emanuel wasn't right in his core assumption about progressive behavior. Nobody likes to acknowledge their own powerlessness, but no good can come from shutting one's eyes and pretending it's not true. It's a genuine problem that the threats and demands of progressives (for lack of a better term) aren't taken seriously at all, and will be taken even less seriously now. Facing that problem is a prerequisite to finding a way to solve it.

Like Greenwald, I'm not interested in discussing the merits or faults of the bill as it stands now. We've done that to death and everybody knows everybody else's positions. What he's talking about extends well beyond the current legislation. For all the talk of how organized labor has been rendered powerless in 21st century America, they actually got some concessions out of this process, because they were willing to walk away from the table. But the progressive wing of the Democratic Party clearly now has even less influence in national politics than organized labor, and less now than the marginal amount they had before the health insurance debate began. Which means you can rest assured that Social Security and Medicare are next.

One good way to improve your accent when learning a language is to remember that you know how native speakers of that language sound when they speak English. In other words, if you affect a Speedy Gonzalez lilt when you're stumbling along in Spanish, you'll be doing better than if you doggedly plod ahead with your English lilt.

My guess as to why American students are determined to sound like dolts when they are trying out Spanish (in the classroom) is because it's embarrassing to shed your Americana, and it's hilarious to exaggerate your Americana. (Students who travel abroad have more incentive to take it seriously, of course.)

There's something similar going on with adopting ready position, when you're playing a new sport. If you're unfamiliar with the new sport, you may feel like a total poser if you get up on the balls of your feet, bend your knees, hunch over, and generally get ready to spring. But it works. That's how people play sports.

I find this neither corny nor droll. One is, I understand, to hang the sign on one's door to indicate that one would rather not endure the company of the janitorial staff. I would, frankly, be offended if asked to use a peace sign for this purpose. I would not be amused in the slightest! And I am not a moralist, as you well know.

...but when a very special member of the Unfoggedetariat requested that I make a Kwanzaa Cake, I felt a very special obligation well up inside of me. Also Snarkout said he'd pay me $20.

Mineshaft, I have baked you a St. Patrick's Day cake. It's about 8+ minutes long. Thank you.

(Ok, I don't know why the embedding won't work. You can watch here.)

How have we overlooked this?

The History of White People.

Despite the provocative title I'm sure it is a (timely) work of (scholarly) rigor.

I tried amarula for the first time this weekend. It's terribly rich and delicious.

This is from "Animals Are Beautiful People", a 1974 documentary by the Gods Must Be Crazy director. 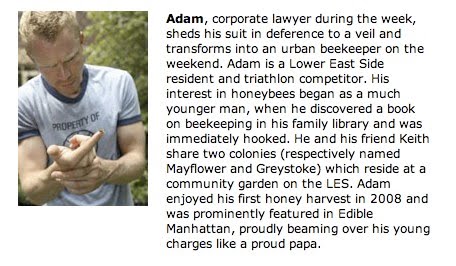 Ask the Mineshaft: Clues for the Blues edition

It's been awhile (I think) since there was a good therapy thread, and I could use some input, so maybe this would be a good ATM question? I have recently concluded that I am depressed and need to do something about it. But what? The collective wisdom of the Unfogged hive mind is sought! I'm thinking (a) drugs, and (b) therapy, but would like some thoughts on what kind. I took an antidepressant once, years ago, but couldn't handle the side-effects. Everyone tells me that you find a therapist by figuring out what approach you want (CBT, psychoanalytic, etc.) but I have no idea what I do or should want.

I know, I know. An Ask the Mineshaft should have a bunch more juicy, discussion-worthy details. And I suppose recommendations on therapeutic orientation call for at least a vague sense of the purpose. Basically, my work environment has become unbearably toxic. I almost offered an Ask the Mineshaft along the lines of "how bad of an idea would it be to up and quit a job without a new one lined up and only a few months worth of savings to draw on?" Ultimately I need to find a solution to that situation, but I need to get my head a bit more together so that I can make good choices. Living on the streets is unlikely to help with the depression, I think.

I'm not much help on therapy -- tried talking to a therapist once about organizational issues, and was unable to make her believe that my method for remembering important dates was to either write them on scraps of paper, or, if they were really important, remember them. She kept on saying "It's okay, you can show me your datebook, you don't have to be embarrassed," and wouldn't believe I didn't have one. So I didn't come back for the next week's appointment.

But there are people here who know from therapy, right?

The Lurkers Support Me In Cocktails

I'll be in NYC this 20th-22nd. Vaugely tempted to host a party on Saturday, but my uncle's doorman would totally rat us out and it would be v. poorly received. I'm having dinner with my uncle Sunday night, but it'll be over early. So, meeting people on Saturday or Sunday night? With lurkers? Or Standpipe Bridgeplate justs invites me along on Standpipeself's already created plans? Or AWB on her somehow vaguely salacious plans? I have no kids with me and am happy to go to bars. I will be on Park and 90th but I guess I would even go to one of the fabled "outer" boroughs if the situation demanded.

In conversation with the soldier next to me on the plane, I am aware that a nice thing is to thank him for his service. I can't bring myself to do so, of course, because I feel more like apologizing - "I'm sorry your naive courage is being exploited in this depressing, disastrous fool's errand." Eventually he mentions that he was recently in Haiti, so I snuck in a quick, general Thank You after that.

He played well with Hawaiian Punch. All this is to say I'm out of town for a few days.