Neil deGrasse Tyson is a peen

As David Byrne once sang, or yawped, or caused to come forth from his soundbox lacking in sonority, "I'm mad—and that's a fact!". He was mad at animals, but I'm mad at a member of my own species, Neil deGrasse Tyson, who is a peen. I'm not mad over his blather about philosophy but rather over two recent ``tweets`` he issued, which were pointed out at «the other place». The first was:

Had to wait in line to renew a Passport allowing me to visit members of my own species across artificially conceived borders.

And here's the second:

I wonder what Passports & Immigration & Border Patrols look like to real aliens -- the kind from space. Might they ask, "WTF?"

WTF, indeed! Among other things, what's the deal with the false precision of "allowing me to visit members of my own species"? A passport can be used to visit dogs and rocks and trees, too, if that's what you're into, not merely members of one's own species, for one thing, and … would he prefer it if he could get a passport to only visit other hu-mans without waiting, or if he didn't need one at all, but if he had to wait a long time to visit museums? Is it, I guess, a rhetorical device meant to heighten the mind-blowing contrast between national borders, a merely human contrivance, and the natural relation of conspecificity?* But I deem it unbecoming of Tyson to derogate the inventions of the mind. (Tyson presumably lives in a structure that keeps out the weather and which houses his possessions; I bet its entryways lock. Does Tyson find it perplexing that he thereby employs artificial devices that keep his fans from visiting a member of their own species?)

I'm not even sure what to make of the second one. Given the contrast in the first between artificial borders and "species" (scientific! rational! natural!) I doubt the implicit idea is that the nations of alien society will have open borders. Is the idea that aliens will have only one government ruling all, so there's no question of international border crossing? That no one will need to wait because alien technology is so advanced? That aliens will be as feeble-minded when it comes to thinking about societies as Tyson himself is, and that's why they'll say "WTF"? Is the idea rather that Tyson is really trying to imagine an alien society—to, as one might say, think the alien, something organized in ways that we literally can't conceive—and then imagining a representative of this unimaginability encountering our society, which it can't conceive, so that it's reduced to saying "WTF"? Maybe, but how would that be relevant?

Maybe the point is just to make a bunch of thirteen-year-olds go "Wow" and feel superior?

Call Me A Sucker, But I Think He Believed Himself

Brian Williams is in so much trouble for claiming to have been in a helicopter that was shot down in Iraq in 2003. Mostly, I don't care much. But I do think there's a very good chance he honestly believed the story he was telling.

People remember exciting events not so much directly, as by remembering the stories they tell about them. And everyone has old memories they've inserted themselves into: stories they tell as as if they were there, and then realizing that they couldn't have been, and they must be retelling a story they were told, or at least everyone's seen someone else have that realization. Williams burned himself by getting his memories wrong on TV, where other witnesses could contradict him, and where he'd told an accurate story in the past. But I'd be really surprised if there were any sense in which he was intentionally lying -- what he did seems like a completely ordinary way to get confused.

Mostly, I don't think anyone's memory of anything is worth much unless it was recorded somehow immediately after the fact. People are just terrible at this kind of thing.

So, how do you all store your digital photos? We've got a system that works - ie I have no idea, but Jammies is technology-minded and smart about such things, all I know is that my photos need to get to Dropbox - so I'm not fishing for suggestions. Just curious about the range of what people do for this gigantic overwhelming-to-me problem.

Heebie heebie- can we have a DC meetup thread? Tomorrow night (Friday), time somewhere around 7-8, location somewhere metro center/convention center area. Vague details because we don't have a thread to discuss such things!

Scott Walker is a dipshit: 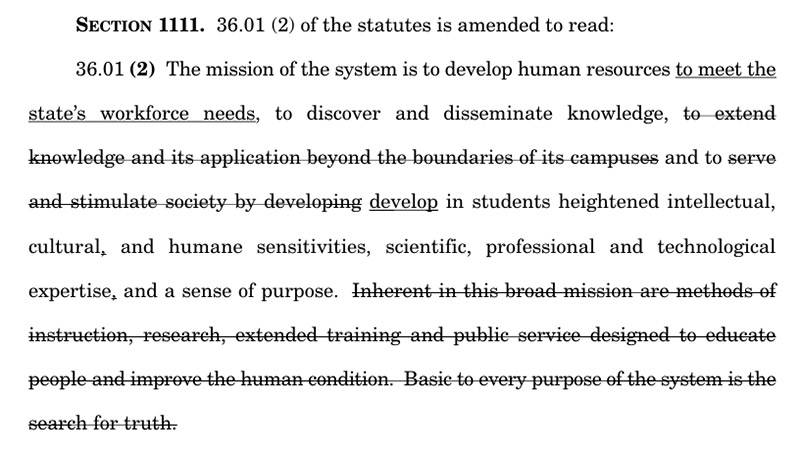 The system being the University of Wisconsin.

Men can lactate too.

Heebie with the context:

The Supreme Court has declined to overturn a lower court's ruling that an insurance company was within bounds when it fired a breastfeeding mother. The woman's suit was dismissed by the Eighth Circuit Court on the grounds that firing a woman for breastfeeding isn't sexist because men can lactate, too.

The part that gives me physical pain to read:

It was her first day back from maternity leave and Nationwide denied her access to the company's "lactation room" for new mothers because they said they needed three days to process Ames' paperwork, a requirement no one had seen fit to tell Ames about until the day she returned to work.

A company nurse reportedly informed Ames that she could use a common area typically used by sick employees if she had to lactate that badly. The sick room, however, did not have a locking door and someone was occupying the room when Ames attempted to enter.

As Ames waited for the room to be clear, her breasts painfully swollen and beginning to leak, her supervisor came to her desk and informed her that she would be responsible for all of the work that she had missed during her leave time. All of it must be completed, said the supervisor, within the next two weeks -- meaning a considerable amount of overtime -- if Ames did not want to face disciplinary action.

Sherwin wrote, "She finally returned, in increasing panic and pain from the pressure in her breasts, to her department head to see if there was anything she could do to help her find a place to pump. That's when the department head made the "just go home to be with your babies" comment and dictated her letter of resignation."

That is just such a cruel sequence of events. That poor woman.

McKayla is Not Impressed

Memes are essentially inside jokes with the whole world. They're mostly just pointing out situational oddities and then running it into the ground with silly variations. I always thought that inside jokes thrived on the in-group part, the exclusivity, but now I think that part is less important. A lot of memes are just plain funny, and it's just a style of humor that doesn't work in a script or prepared monologue, so it's been the domain of groups of friends until now.

I think Left Shark is super funny, but I don't think the link above is that funny. It's just the link that sent me down this big musing about the world and humor.

Is the utility of vaccinations about to become the latest partisan fact? My guess is no, at least insofar as the Republican approach is going to be more lip service against the strawman bogeyman of the government forcibly vaccinating your children, and less actual Republicans actually choosing not to vaccinate their kids. (In contrast with something like gun rights, where the fear of confiscation is similarly invented, but people really do buy guns, or climate change, where people really do drive SUVs.) On the other hand, we have this guy, who distills the pure essence of one strain of Republicanism.

I Have A Dream

Don't be a prisoner in central California if you can possibly help it.

Unrelated, photos of 70s commune life. In some ways they're very sweet and simple, but you also know that these people must be living in the midst of decline and financial unfeasibility and coming to grips with some hard truths about why communes suck, so they also are a bit poignant. Via Emerson.

I enjoyed Belle 'The Blender' Waring's follow-up on Chait, and it reminded me of a thought I had after his anti-PC piece: this is going to be interesting just as a psychological study of one guy. He might end up backgrounding his redistributive, government-loving self and becoming by degrees indistinguishable from a lefty-attacking righty so that in twenty years one of today's kindergartners will say to her friend, "Dude, did you know that Jonathan Chait used to be a liberal?" Or he might do the harder thing, and keep plugging away as one liberal writer among others, with the occasional defensive joke about those disagreements. It's of no consequence, but I'll be watching anyway. Which is to say, consider this the Superbowl thread. I'll root for Seattle for as long as they have a socialist council member.